"We never want to see tension or conflict in this ancient geography that hosts the sacred places of all three monotheistic religions," President Erdogan tells members of the Turkish Jewish Community and Alliance of Rabbis in Islamic States.

Turkiye has called for strengthening the atmosphere of peace in the Middle East, saying constructive steps on occupied Jerusalem could contribute to security and stability in the region and also improve Turkiye's ties with Israel.

"Taking positive steps regarding the Palestine issue, especially about Jerusalem, will contribute to the security and stability of not only Palestine but also Israel," Turkiye's President Recep Tayyip Erdogan told a meeting of members of the Turkish Jewish Community and the Alliance of Rabbis in Islamic States in Ankara.

Erdogan said: "We never want to see tension or conflict in this ancient geography that hosts the sacred places of all three monotheistic religions."

"Taking positive steps regarding the Palestine issue, especially about Jerusalem, will contribute to the security and stability of not only Palestine but also Israel" – Turkiye's President Erdogan pic.twitter.com/ARfKx22U0L

Israel's occupation policy towards Palestine's lands has dogged ties between Ankara and Tel Aviv. Turkiye demands an end to the Israeli occupation of Palestine.

Despite the opposite stance on Palestine, tourism and business ties between Israel and Turkiye are in progress, the Turkish president said.

"Our warnings to the Israeli government are to ensure a long-term peace and stability in the Middle East," Erdogan said.

The Turkish president said he attaches great importance to the renewed dialogue that he recently held with Israel's President Isaac Herzog and Prime Minister Naftali Bennett.

Last month Herzog and Bennett called Erdogan and both sides spoke about a wide range of bilateral and regional developments, seen as an ice-breaking step in the strained ties between the two countries.

"Turkiye-Israel relations are vital for the security and stability in the region. We are ready to improve our relations," Erdogan said.

"Israel's sincere and constructive attitude in the context of peace efforts will undoubtedly contribute to the normalisation process."

Tapping on anti-Semitism, President Erdogan said Turkiye sees it as a crime against humanity.

Reminding that Turkiye was the co-host of the International Holocaust Remembrance Day resolution adopted by the United Nations General Assembly in 2005 and co-presenter of the 2007 decision on the undeniability of the Holocaust, Erdogan said: "I do not accept any approach that marginalises people because of their faith or ethnic origin."

"Turkish lands have also been a haven of peace for Jews who have been persecuted in different parts of the world throughout history," he said, adding, Turkey embraced the Jews who fled the Inquisition in 1492.

Praising the contributions of Jewish citizens to the development, strengthening and achievement of the country's goals for centuries, he said: "We did not allow inhuman ideas such as racism, anti-Semitism, intolerance to other religions to find ground in these lands." 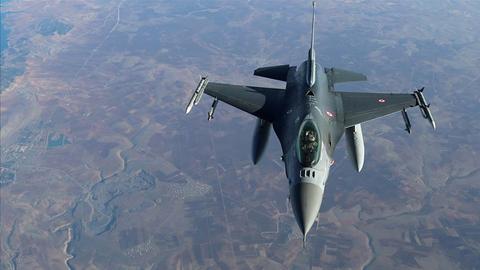