The campaign under the coordination of Turkiye's Disaster and Emergency Management is aimed to ease the rapidly growing humanitarian crisis in Afghanistan.

Turkiye has launched an aid campaign to support the Afghan people in need of humanitarian aid due to hunger and cold winter conditions.

The decision signed by President Recep Tayyip Erdogan was given in accordance with Turkiye's Article 23 of Law No. 5902, Turkiye's Official Gazette announced on Saturday.

Within the scope of Turkiye's campaign, accounts will be opened with public and/or private banks by the AFAD in order to transfer the aid.

The aid will be collected by governorships, municipalities, other public institutions and organisations, and to make direct donations by real and legal persons.

Donations made, or to be made to accounts opened with public and/or private banks as of January 20, 2022 for the aid campaign to Afghanistan by the AFAD will also be within the scope of this campaign.

The provisions of the decision will be executed by the president of AFAD.

President Erdogan had also announced on Wednesday that the country would be sending a "charity train" to Afghanistan carrying emergency goods.

The train, carrying 700 tons of food, clothing, and health and emergency goods will be sent with the support of 10 non-governmental organisations.

Aid agencies describe Afghanistan’s plight as one of the world’s most rapidly growing humanitarian crises.

The Taliban’s takeover of Afghanistan in August 2020 led international donors to immediately suspend most non-humanitarian funding and freeze billions of dollars’ worth of assets.

As a result, most health clinics have closed and the economy has spiralled downward. The country is currently facing an ongoing drought and hunger crisis and a possible fourth wave of Covid-19.

Half the country’s population now needs humanitarian assistance to survive, with more than twenty million people on the brink of famine - double the number from last year. 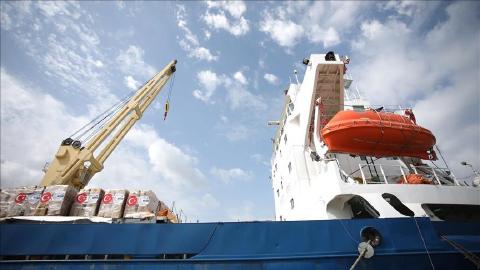 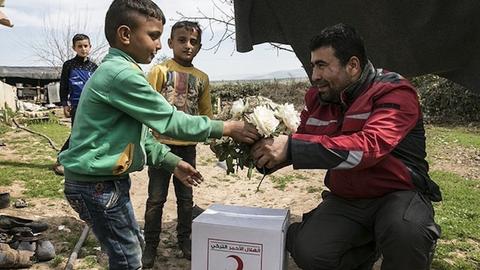 Turkey provides aid to over 35 villages in Syria's Afrin