Ahmed Sekou Toure was a Guinean politician who played a key role in the African independence movement. As the first president of Guinea, he led his country to gain its independence from France in 1958. He was known as a charismatic and radical figure in Africa's post-colonial history.

Toure's activism for independence and decolonisation bore fruit in 1958, when an overwhelming population of Guinea voted in favour of independence, rejecting French President Charles de Gaulle’s offer of joining a new federal community.

Toure's words regarding de Gaulle's offer strongly resonated across the Guinean public. He famously said: ''Guinea prefers poverty in freedom than riches in slavery.'' It was a comment that angered de Gaulle.

''Then all you have to do is to vote 'no'. I pledge myself that nobody will stand in the way of your independence," Gaulle said in response to Toure's assertion.

Guinea became the first independent French-speaking state in Africa and it was the only country which did not accept the proposal of the French president.

In 1958, Toure became the first president of what became known as The Republic of Guinea.

The French reacted by recalling all their professional people and civil servants and by removing all transportable equipment. As France threatened Toure and Guinea through economic pressure, Toure accepted support from the communist bloc and at the same time sought help from Western nations.

Born in 1922 in Faranah,Guinea, Toure came from humble origins. His parents were uneducated and poor. Some sources say he was the grandson of Samory Toure, the legendary leader who resisted France in the late 19th Century.

Toure practiced the Muslim faith from his childhood, attending a Koranic school as well as French primary schools. At the age of 14, he displayed the spark of political activism as he led a student revolt against a French Technical school at Conakry from where he was later dismissed.

In 1940, he started working as a clerk at a company called Niger Français. In the following year he took an administrative assignment in the postal service where his interest in labour movement started increasing. Toure formed close ties with senior labour leaders and organised 76 days of the first successful strike in French-controlled Western Africa.

Then, in 1945, he became secretary-general of the Post and Telecommunications Workers’ Union and participated in the foundation of the Federation of Workers’ Union of Guinea which was linked to the World Federation of Trade Unions. He eventually became the vice president of the union.

In order to realise his aim in politics, Toure helped Felix Houphouet of Ivory Coast to form the African Democratic Rally in 1946. A strong orator, he was elected to the French National Assembly in 1951 as the representative of Guinea. How was prevented from taking his seat in the assembly, however.

He was re-elected in the following year but again prevented from taking his seat. When he was elected as mayor of Conakry by getting a majority of votes in 1955, he was finally permitted to take his place in the National Assembly.

Once he became president of Guinea, he worked toward establishing unity with Ghana but couldn't achieve much on that front. In 1966, when Ghana's President Kwame Nkrumah was ousted in 1966, Toure gave him asylum. He then faced a failed attack from its neighbour; Portuguese Guinea (today Guinea Bissau). Soon after he started intimidation policies against the opposition.

In post-independence Ghana, Toure won most elections, ruling the country for 26 years. Despite taking a tough stance against opposition parties, he was known as a genial leader on the international stage.

He was tasked with leading the mediation board of the Organisation of Islamic Cooperation during the Iraq-Iran war. He became a powerful figure in the Organisation of African Unity and played a vital role in the France-Africa summit which took place in France.

In 1984, he died during heart surgery in Cleveland, United States. 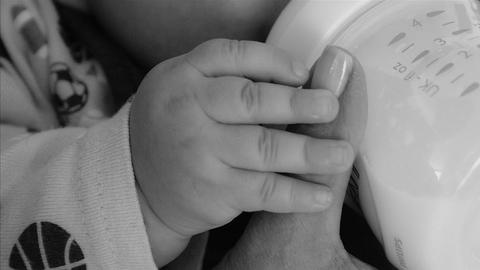