The number of fatal attacks on the UN peacekeeping forces in Africa has increased in recent years and the recent killing of 10 peacekeepers in Mali is alarming.

With increasing violence against the United Nations(UN) peacekeeping mission in Africa, the number of deadly attacks on peacekeeping forces has increased in recent years.

At least 10 Chadians who served in the UN peacekeeping force were killed and at least 25 wounded in an attack by armed assailants in northern Mali on Sunday, according to the United Nations.

The identity of the attackers was not immediately clear. However, a Mali-based al Qaeda affiliate has claimed responsibility for the attack.

The clash near Aguelhok occurred early on Sunday following an attack by assailants on many armed vehicles, the UN peacekeeping mission in Mali (MINUSMA) said in a statement.

The United Nations said peacekeepers had thwarted the attack, but 10 died and at least 25 were wounded.

“The Secretary-General reaffirms that such acts will not diminish the resolve of the United Nations to continue supporting the people and Government of Mali in their efforts to build peace and stability in the country,” it said.

The UN deployed peacekeeping mission for the first time in 1948. Till 2018, 943 peacekeepers died on malicious acts during their missions. However, in recent years the number of fatalities has increased.

According to the UN report released in January 2018, casualties have spiked. “195 personnel in United Nations peacekeeping missions have been killed by acts of violence, more than during any other 5-year period in history,” the report said.

In the past six years, the UN has been carrying out its one of the dangerous peacekeeping operations in Mali, also known as MINUSMA. Dozens of the UN peacekeeping personnels have been killed in Mali since 2013.

In 2017, a heavily armed group killed at least 15 the UN peacekeepers, together with dozens of woundings, in Congo.

The attacks are concentrating on the UN forces in several African countries, Mali, Congo, Cameroon and Central African Republic, by the local armed groups or rebels. 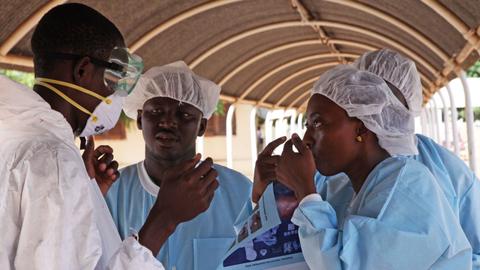