Police are investigating the incident after a suspected "improvised explosive device" detonated in a crowded market in the eastern state of Taraba.

At least three people were killed and 19 injured after an explosion at a crowded market in Nigeria's Taraba state in the east of the country.

Usman Abdullahi, police spokesperson for Taraba, said the blast in the rural Iware community occurred on Tuesday in a section of a busy market.

"It is suspected to have been caused by improvised explosive device that detonated," Abdullahi told Reuters news agency via a phone message.

"Investigations are ongoing," he added.

No group has claimed responsibility for the attack.

Armed gangs and militants carry out frequent attacks against communities and security targets in northern parts of the country. 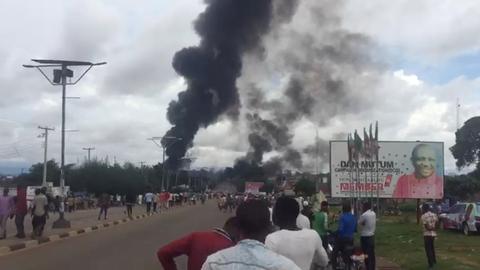