Ongoing tribal clashes in Sudan's restive Darfur have killed at least 48 people and wounded nearly 100 people in the latest bout of violence to hit the region, state media reported.

"The death toll from militia attacks in El Geneina yesterday (Saturday) reached 48," the SUNA news agency said on Sunday, referring to the capital of West Darfur state and quoting the local branch of the country's doctors' union.

"The bloody events which are still ongoing since Saturday morning (have) also left ... 97 wounded."

Sudanese authorities imposed a round-the-clock curfew on the province.

Earlier, Salah Saleh, a doctor and former medical director at the main hospital in the provincial capital of Genena, warned that the casualty toll was likely much higher.

"It's horrible," he said. "Until now, people cannot reach any hospitals."

The violence erupted on Friday in Genena, when an Arab man was stabbed to death at a market in the Krinding camp for internally displaced people, aid worker al Shafei Abdalla told The Associated Press.

He said the suspect was arrested.

On Saturday, the dead man's family — from the Arab Rizeigat tribe — attacked the Krinding camp, burning most of its houses, said Abdalla.

Darfur remains scarred by war after a rebellion in the early 2000s was brutally suppressed. The most recent violence comes two weeks after the UN Security Council ended the joint UN -African Union peacekeeping force’s mandate in the region.

Governor Mohammed Abdalla al-Douma said that the government imposed a curfew and granted security forces and soldiers a mandate to use force to control the situation, according to copies of the decree obtained by The Associated Press.

The prime minister's office in Khartoum said in a statement a high-ranking delegation led by the country's top prosecutor would head to Genena "to take necessary measures" to re-establish stability in West Darfur. The statement did not give a casualty toll from the clashes.

Adam Regal, a spokesman for a local organisation that helps run refugee camps in Darfur, shared footage showing the burned homes and property in the Krinding camp following Saturday's attack.

West Darfur was the scene of deadly clashes over a year ago between Arabs and non-Arabs that killed at least 54 people and displaced about 40,000 people, with thousands crossing to neighboring Chad.

The clashes pose a significant challenge to efforts by Sudan's transitional government to end decades-long rebellions in some areas. The country is on a fragile path to democracy after a popular uprising led the military to oust Omar al Bashir in April 2019. A military-civilian government is now in power. 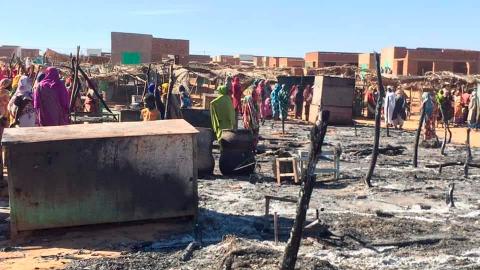 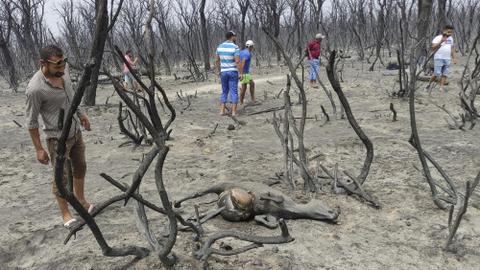