The $4.6 billion Grand Ethiopian Renaissance Dam that Ethiopia is building on the Nile River is meant to provide needed electricity for more than 70 million Ethiopians.

Three African countries have signalled their readiness to resume negotiations on a controversial dam that will be the continent's largest.

The move by Ethiopia, Egypt and Sudan came after Ethiopian Prime Minister Abiy Ahmed said Thursday his country is ready to return to talks.

"We have agreed to continue with technical-level engagements through our water ministers tasked to discuss outstanding issues and arrive at win-win solutions," Abiy said in a Facebook post after speaking to Sudanese Prime Minister Abdalla Hamdok.

"Through our discussions, we addressed misunderstood issues."

The $4.6 billion Grand Ethiopian Renaissance Dam that Ethiopia is building on the Nile River is meant to provide needed electricity for more than 70 million Ethiopians, but Egypt has raised urgent concerns over the filling of the dam, which is set to begin in the coming weeks.

Egypt asserts that a rapid filling of the dam could reduce its share of water on which it almost entirely relies.

Ethiopia and Egypt, two of Africa's regional powers, have appealed to the US, the United Nations and others to support their positions.

Ethiopia, Egypt and Sudan concluded technical talks without an agreement in January and then went to Washington for US-brokered talks.

Ethiopia later withdrew from the talks citing “pressures” to sign a deal and “unfinished consultations back home”.

The war of words between Ethiopia and Egypt has since escalated.

Ethiopia said it will start filling the dam in July when the rain starts, but Egypt has protested the move in a letter it sent to the UN Security Council. Ethiopia also sent a letter to the UN body explaining its position.

Following Ethiopia’s latest move, Egypt’s foreign ministry said “the return of the three parties to the negotiation table was agreed to complete the remaining simple part of the agreement on the filling and operation of the Grand Ethiopian Renaissance Dam”.

Egypt added it is ready to reach to an agreement that “preserves Egypt’s water interests and equally takes into account the interests of both Ethiopia and Sudan.”

In a statement on May 19, UN Secretary-General Antonio Guterres encouraged the three countries to persevere with efforts to peacefully resolve any remaining differences.

The dam is now more than 73 percent complete. 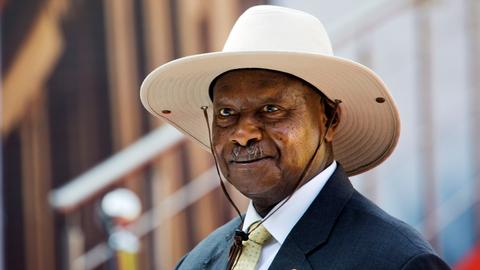