At his party headquarters outside Monrovia, tears streamed down Weah’s face as he greeted supporters from a balcony.

Below, hundreds of young people sang and danced to a live performance of Hipco, Liberian hip hop music popular with the country’s impoverished youth.

TRT World's Ben Said has more on the story.

“Success for George Weah is victory for the whole country,” a 47-year-old engineer named Randall Zarkpah said as he walked home with his young son through streets ringing with honking car horns and loud cheers as dusk fell.

“When you feel sick for some time and you receive proper medication - that is how I feel now. He will be good for our country. He is King George!”

Weah grew up in Clara Town slum in Monrovia and went on to become the only African to win FIFA World Player of the Year, starring for AC Milan, Paris St Germain and Chelsea.

His popularity at home fuelled a previous run for president, in 2005. He won the first round then but lost the second round to Johnson Sirleaf, whom he will now succeed.

His rags-to-riches story helped him tap into dissatisfaction with Johnson Sirleaf’s 12-year tenure. She drew a line under years of civil war but drew criticism for failing to root out corruption or persistent poverty.

Here's a look at Weah's profile.

“My fellow Liberians, I deeply feel the emotion of all the nation,” Weah wrote on Twitter after the results were announced. “I measure the importance and the responsibility of the immense task which I embrace today. Change is on.”

Weah’s critics, however, say he has offered few concrete policy proposals. His choice of running mate has also raised eyebrows: Jewel Howard-Taylor, the ex-wife of Charles Taylor, a former president of Liberia who is serving 50 years in a British prison for war crimes in neighbouring Sierra Leone.

“I think Weah is not fit for the work. He will see it,” said Anthony Mason, 34, who had huddled around radios at the headquarters of Boakai’s Unity Party for the results.

Weah looked set to sweep 14 of Liberia’s 15 counties in the run-off. Turnout in Tuesday’s vote stood at 56 percent, the election commission said.

Earlier on Thursday, Boakai said he doubted that the vote was “free, fair and transparent”, without elaborating. He did not say whether he might challenge the eventual result.

The second round was delayed by more than a month after the third-place finisher in October’s first round, backed by Boakai, alleged fraud. The Supreme Court ultimately rejected the challenge.

The US-based Carter Center and National Democratic Institute said on Thursday there were notable improvements in the handling of the run-off, echoing positive assessments from other international observers.

Founded by freed US slaves in 1847, Liberia is Africa’s oldest modern republic. But the last democratic transfer of power occurred in 1944, a military coup took place in 1980 and a 14-year civil war ended only in 2003. 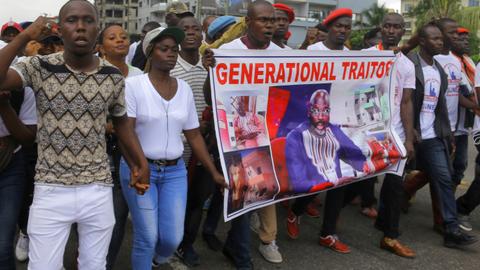 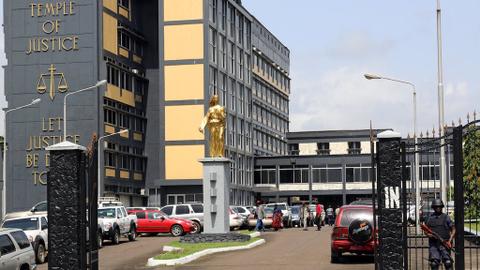 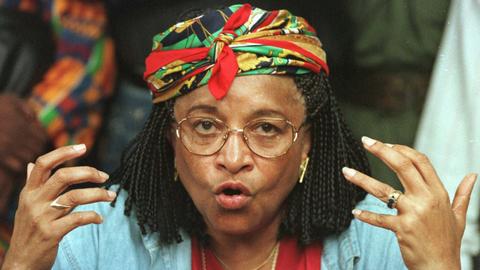