The claim of Rwanda's support for the M23 rebel group, repeatedly made by the US and supported by independent UN experts, has been refuted by Kigali.

Rwanda's foreign minister has accused the international community of exacerbating the crisis in the Democratic Republic of Congo's east, after Washington pressed Kigali to end its alleged support for rebels in the restive region.

In a call to Rwandan President Paul Kagame on Sunday, US Secretary of State Antony Blinken said foreign support for armed groups in the Democratic Republic of Congo (DRC) must end, "including Rwanda's assistance to M23".

Rwanda has denied repeated US-backed accounts of support for the M23 rebel group, an allegation also made by independent experts for the UN who found that Kigali was aiding and abetting the group.

The mostly Congolese Tutsi group resumed fighting in late 2021 after lying dormant for years, setting off a crisis in eastern DRC.

Rwanda's foreign minister, Vincent Biruta, said Kagame and Blinken "had good discussions... but differences in understanding of the issue remain".

"The wrong and misguided approach of the international community continues to exacerbate the problem," Biruta said in a statement late Monday.

Rwanda has repeatedly put the blame for DRC's crisis on its government in Kinshasa, and accuses the international community of turning a blind eye to its support for FDLR, a Congo-based rebel group pitted against Kigali.

Biruta said, "the security concerns of Rwanda need to be addressed, and where others may not feel obliged to, Rwanda is and will continue to do so".

"M23 should not be equated to Rwanda. It is not Rwanda's problem to solve," he added.

Talks between DRC and Rwanda in the Angolan capital Luanda unlocked a truce agreement on November 23, but Kinshasa has subsequently accused M23 of massacring civilians despite the ceasefire.

The agreement should have also been followed by a pullout by the M23 from territory it had seized, but this has not happened.

A separate peace initiative in Nairobi between East African officials and various rebel factions active in eastern Congo - but not the M23 - has been underway for over a week. 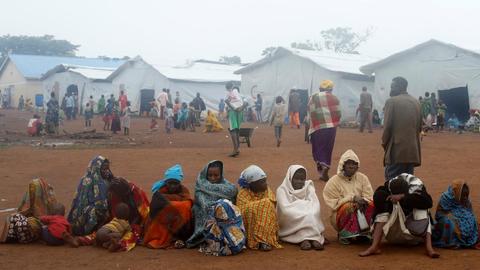 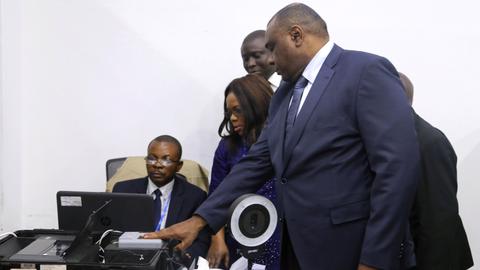