Libyan army seizes mine depot from Haftar militia in Tarhuna

The Libyan army seized a mine depot belonging to militias loyal to warlord Khalifa Haftar in Tarhuna, according to Burkan Al Ghadab (Volcano of Rage) Operation, a media group established by the government in Tripoli.

The army seized the depot with dozens of mines and explosives, which militias used to explode mosques, roads and houses in Tripoli, according to a statement on Sunday.

They also liberated Wadi Wishka area near the eastern city of Sirte and also downed a drone belonging to the United Arab Emirates (UAE), which supports Haftar.

At least 10 members of Haftar’s militia were neutralised in airstrikes by the army, according to an official.

The Libyan army earlier on Saturday had launched a military operation, Path of Victory, to capture Sirte, Jufra and towns in Wadi Wishka, Buerat, Jarif and Qasr Abu Haid from Haftar's militia.

On Friday, the Libyan army liberated the strategic city of Tarhuna – the last stronghold of Haftar in western Libya.

Libya's internationally recognised government Government of National Accord (GNA) has been under attack by Haftar's militia since April 2019, with more than 1,000 killed in the violence.

Tarhuna was a major focal point for supply lines for Haftar’s militias from Jufra airbase.

After retaking the country's main airport, the Libyan Army on Thursday announced the complete liberation of the capital Tripoli.

In March, the Libyan government launched Operation Peace Storm to counter attacks on the capital and recently regained strategic locations, including al Watiya air base, in a major blow to Haftar's forces.

READ MORE: Russian meddling in Libya: Covert to overt

The UN-backed GNA has been backed by Turkey, while Haftar, whose militia still controls the east and oil fields in the south, has been supported by Russia, Egypt and the United Arab Emirates.

The United Nations has started holding talks with both sides for a ceasefire deal in recent days, though previous truces have not stuck. The GNA gains could entrench the de facto partition of Libya into zones controlled by rival eastern and western governments whose foreign backers compete for regional sway.

Turkish military support for the GNA was key to its recent successes. Ankara regards Libya as crucial to defending its interests in the eastern Mediterranean.

Libya's government was founded in 2015 under a UN-led agreement, but efforts for a long-term political settlement failed due to the military offensive by Haftar’s forces.

Meanwhile, in Cairo on Saturday, Egyptian President Abdel Fattah al Sisi, one of Haftar's key foreign supporters, said after talks with the warlord and other eastern militia leaders that they had signed up to a declaration calling for a ceasefire from 6 am (0400 GMT) on Monday.

But the GNA forces' spokesman appeared to pour cold water on the Egyptian proposals, which included a demand that militias disband and hand over their weaponry to Haftar's men.

"We didn't start this war, but we will choose the time and place when it ends," GNA spokesman Mohamad Gnounou said.

He issued a "final call" for Sirte's local leaders to abandon Haftar and spare the Mediterranean coastal city "the horrors of war".

"Our forces continue to advance with force and resolve, chasing the fleeing (Haftar) militias," he said.

Khaled al Meshri, head of the GNA-aligned legislative assembly, said Libyans had no need for new initiatives and rejected Haftar's attempt to return to negotiations after military defeat, according to Al Jazeera.

But the proposal won support from France.

Sisi urged international support for the initiative and called on the United Nations to invite Libya's rival administrations in the east and the west for talks.

Wolfram Lacher of the German Institute for International and Security Affairs said the Egyptian plan was aimed at "cutting Haftar down to size" by expanding the role of Aguila Saleh.

Haftar is a deeply divisive figure whose latest offensive has upended a UN-led peace process. It is unclear how much traction any initiative proposed by him or his allies can gain.

Numerous attempts to establish truces and a return to negotiations have foundered, though the United Nations has started holding separate ceasefire talks with both sides.

Egyptian-led efforts to unify Libya's military have also stalled in the past over Haftar's demand to be supreme commander, diplomat s say. 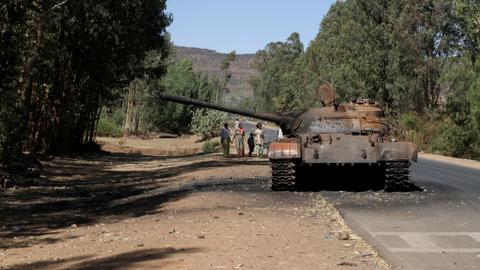 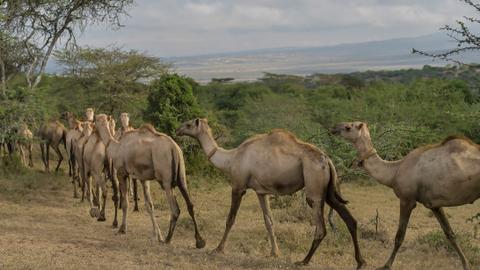