Libyan families displaced from the town of Tawergha still live in camps and makeshift houses across Libya after being driven out by militias following the 2011 Arab Spring.

Tawergha, located some 38 kilometers south of Misrata, has been a ghost town since the ousting of Libyan leader Muammar Gaddafi.

The town was used as a staging ground for attacks on Misrata during the uprising that eventually toppled and killed long-time dictator Gaddafi in 2011.

Anti-Gaddafi militias, mainly from Misrata, ransacked the town and drove out its residents, believing they had aided Gaddafi's forces.

Since then, residents of the town have been living in camps and makeshift settlements in poverty across Libya and were banned from returning home.

However, the UN-backed government said in December that Libyan families displaced from the town would be allowed to return home in February after more than a year of negotiations. 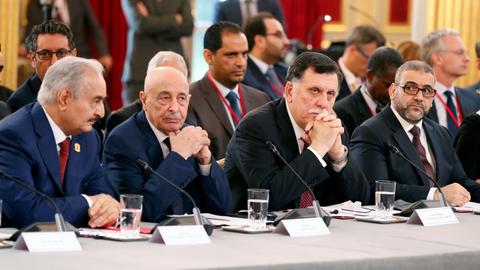