North African country continues to be in a state of shock after a massive effort to rescue five-year-old Rayan Awram from a deep well failed –– a mission that gripped the nation and the world.

Morocco has continued to be in shock after emergency crews found a five-year-old boy dead at the bottom of a well in a tragic end to a five-day rescue operation that gripped the nation and the world.

The ordeal of "little Rayan" since he fell down the 32-metre dry well on Tuesday gained global attention and sparked an outpouring of sympathy online, with the Arabic Twitter hashtag #SaveRayan trending.

There was no official information about an autopsy on Sunday but a cousin told AFP news agency  that Rayan's body had been transported to a military hospital in the capital Rabat.

His funeral is to be held on Monday in the family's village of Ighrane where the accident took place, provincial representative Abderahim Bouazza and a relative said.

"The silence is terrible this morning in the village," a relative said.

Earlier, the boy's father Khaled Awram said he was repairing the well when his son fell in, close to the family home in the Rif mountains of northern Morocco.

"We thank His Majesty the King, the authorities and all those who have helped us," Awram said on television on Saturday evening. "Praise God, have mercy on the dead."

"This is God's will. I thank all for their efforts to help," Rayan's mother Ouassima Kharchich said, her voice strained with grief and barely audible.

This little angel showed us the kindness in our hearts and how powerful we can be together, hand in hand. He is God’s Angel. He sent him down to us to remind us that we’re one and then he took his little Angel back. We love you Rayan🤍🕊️. #rayan #الطفل_ريان #قلوبنا_مع_ريان pic.twitter.com/rIebPOS1Hq

Pope Francis, while mourning the loss of Rayan, praised the "beautiful" sight of "how all the people gathered together" to try to save a child.

Italians in particular were moved by the story of Rayan because it was similar to a tragedy in 1981 when scores of rescuers tried to save the life of Alfredino Rampi, a 6-year-old boy who was trapped in a well for three days before he died.

Throughout the major digging operation to extricate Rayan, authorities had cautioned that they did not know whether he was alive.

The shaft, just 45 centimetres  across, was too narrow for the boy to be reached directly, and widening it was deemed too risky –– so earth movers dug a wide slope into the hill and then a horizontal connecting tunnel to reach him from the side.

But progress slowed as the drill teams worked by hand to avoid any vibrations that might bring the brittle soil down on the child, local authorities said.

Late on Saturday evening, crowds cheered when the rescue workers broke through the final stretch of earth to reach the boy, and volunteer digger Ali Sahraoui cleared the last soil away with his hands.

But soon after, AFP correspondents saw the boy's parents walk down the slope into the horizontal tunnel, visibly crushed. They returned and boarded an ambulance without saying a word.

It was Morocco's royal cabinet that announced he had been found dead.

"Following the tragic accident which cost the life of the child Rayan Aourram, His Majesty King Mohammed VI called the parents of the boy who died after falling down the well," a statement from the royal court said.

Thousands of people had gathered beside the giant pit to watch the effort, singing songs to urge on the diggers, who worked through the nights under floodlights.

Many of the watchers prayed, chanting in unison "Allahu akbar" (Allah is greatest).

"I couldn't sleep for the five days," Mounir Adbib, a neighbour, told AFP.

"I have a son the same age as Rayan. I think about him every time I see my little one."

Work began on Sunday to fill areas that had been excavated for the rescue operation, AFP correspondents said.

Ighrane village of about 500 people is dotted with deep wells, many used for irrigating the cannabis crop that is the main source of income for many in the poor, remote and arid region of Morocco’s Rif Mountains. Most of the wells have protective covers.

Amid so much bad news, there are good things. Today I would like to mention two: one, in Morocco, where an entire people worked to save a child, Rayan. thank you to these people for their witness.

The race to rescue Rayan was followed live across the world, and as soon as the tragic conclusion was announced, tributes poured in.

Residents encountered on the streets of Rabat were in shock.

"It touched us because we also have children and we hoped he would survive because we loved this child, but God willed it," said Amina Benkhaleq, a salesperson.

Another resident, Mourad Fazoui, called it a disaster.

"May his soul rest in peace and may God open the gates of heaven to him," the salesman said.

Moroccan-American novelist Laila Lalami tweeted: "We all of us had been holding out hope that little Rayan would make it. This is all so tragic."

But some saw the event differently, with one internet user deploring a "dystopic world where all the Arab nations are moved by the rescue of a child in Morocco" while others die due to famine or conflict in Yemen and Syria. The writer added: "All lives matter."

READ MORE: Morocco races against time to save boy trapped in well 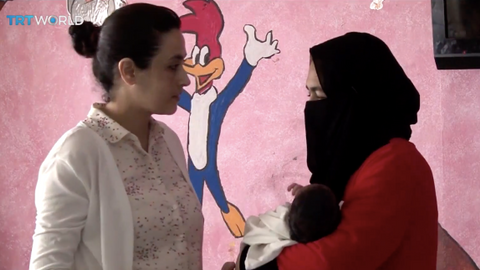