Members of the banned Islamic Movement of Nigeria attending Ashura processions were killed when police opened fire on Tuesday, according to the group's statement, a claim police refuse to comment on.

Nigerian police fired on members of a banned Shia group holding religious processions across the country on Tuesday, killing more than 12 people, the Islamic Movement of Nigeria (IMN) said in a statement.

The group defied a police ban to hold processions for Ashura, observed by Shia Muslims to mourn the slaying of Prophet Muhammed's grandson Imam Hussein in the Battle of Karbala. Officers "brutally attacked" mourners in several cities, a spokesman for the group said on Wednesday.

"The Islamic Movement in Nigeria has confirmed the killing of at least a dozen Ashura mourners across the nation during the peaceful Ashura mourning procession," Ibrahim Musa said in a statement.

The police refused to comment on the claims when contacted.

On Monday, the police warned that anybody who joined the procession would be treated as a terrorist.

"In Katsina town, many have sustained bullet wounds when the police opened fire ... and even attempted to force in on the Islamic centre of the Islamic Movement," Musa said.

Several members were shot, meaning the death toll could rise, he added.

Musa said police fired tear gas to break up processions in the capital Abuja and in the city of Bauchi.

Saleh Usman Deba, a spokesman for the IMN in Gombe state, said two members were killed while seven were wounded.

"After finishing our procession, we came under attack by the police who fired tear gas and opened fire on our members," Deba said.

Founded by Muslim cleric Ibrahim Zakzaky in the late 1970s and inspired by the Iranian Revolution, the IMN has been at loggerheads with the Nigerian authorities for decades.

IMN founder Zakzaky and his wife have been in detention since 2015 when a religious procession descended into bloodshed after a confrontation with the Nigerian army.

Soldiers killed some 350 IMN supporters, with many gunned down and burnt alive according to rights groups.

Waves of clashes with the government soldiers have claimed hundreds of lives in the last year. 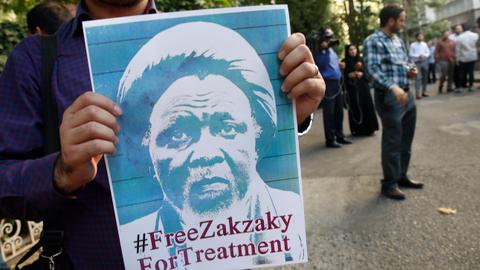 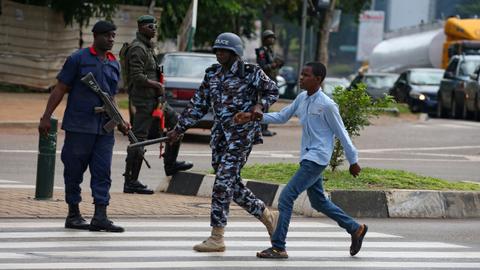