International observers have expressed concern about the spread of disinformation during the long wait for results from Kenya's election, as provisional counts point to a tight presidential race.

Observers from the Commonwealth warned on Thursday that the delay in releasing the election results was allowing disinformation to spread rapidly online.

Preliminary results broadcast by local media indicate that Deputy President William Ruto and Raila Odinga, the veteran opposition leader now backed by the ruling party, are neck-and-neck, raising the likelihood of a challenge by the losing candidate.

No presidential poll outcome has gone uncontested in Kenya since 2002, and the disputes have led to bloodshed in the past, either involving ethnic clashes or police violence.

The Independent Electoral and Boundaries Commission (IEBC) is under pressure to deliver a free and fair poll after 2017 presidential vote was annulled due to irregularities in the counting process and mismanagement by the election body.

But with the complex process of verifying and tallying votes expected to take days, social media is swamped with disinformation about the results, with rights campaigners and civil society groups accusing both candidates' camps of sharing misleading posts.

"The time lag between the announcement of the official results by the IEBC and the provisional, and at times conflicting, results announced by the media is an area of concern," Bruce Golding, chairman of the Commonwealth Observer Group, told a press conference in Nairobi.

'Need trust in the system'

At a separate briefing, observers from the United States also voiced concern about misinformation spreading as the counting process entered its third day.

"It is important that there is timely and accurate information and that all the citizens have access to that information," said Donna Brazile of the National Democratic Institute.

"It is about the citizens having trust in the system and that is working properly. It is not about the continuation of campaigns — campaigns have ended, and results must be tabulated accurately to ensure confidence in the system."

The remarks echoed concerns shared by Amnesty International and several Kenyan civil society groups on Wednesday about "rising levels of false or misleading information" being shared on social media.

Kenya’s polls are marred by historic low voter turnout which is around 56%, according to the country’s electoral commission. TRT World's Adesewa Josh has the details from Nairobi pic.twitter.com/t7mYWSmDel

They said in a statement that several posts by candidates and their supporters in the rival camps had "intentionally sought to misinform the electorate and the public" on the electoral process and election results.

Kenyans voted in six elections on Tuesday, choosing a new president as well as senators, governors, lawmakers, woman representatives and some 1,500 county officials in polls that were largely peaceful.

The IEBC has yet to publish a final turnout figure but as of Wednesday, turnout was just over 65 percent. That compares with a final turnout of 78 percent in the disputed August 2017 election. 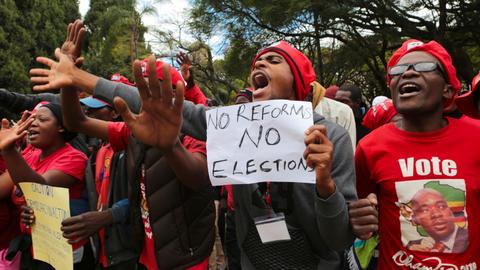 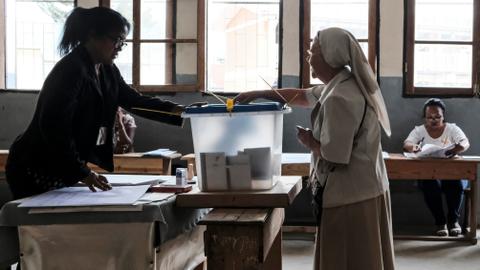