Robert Mugabe, was world's oldest head of state, announces his resignation during an impeachment session against him. Thousands pour on streets after the announcement.

Robert Mugabe resigned as Zimbabwe's president on Tuesday a week after the army and his former political allies moved against him, ending four decades of rule by a man who turned from independence hero to archetypal strongman.

The 93-year-old had clung on for a week after an army takeover and expulsion from his own ruling ZANU PF party, but resigned shortly after parliament began an impeachment process seen as the only legal way to force him out.

Wild celebrations broke out at a joint sitting of parliament when Speaker Jacob Mudenda announced Mugabe's resignation and suspended the impeachment procedure.

People danced and car horns blared on the streets of Harare at news that the era of Mugabe - who has led Zimbabwe since independence in 1980 - was finally over.

While Zimbabweans on the streets, country's military chief Chiwenga urged restraint across all political parties after Robert Mugabe resigned as president.

Mnangagwa expected to be next

ZANU PF chief whip Lovemore Matuke told reporters that Mnangagwa would be sworn in within 48 hours and that he would serve the remainder of Mugabe's term until the next general election, which must be held by September 2018.

The army seized power after Mugabe sacked Mnangagwa, ZANU PF's favourite to succeed him, to smooth a path to the presidency for his wife Grace, 52, known to her critics as "Gucci Grace" for her reputed fondness for luxury shopping.

Mugabe's refusal to resign prompted the impeachment procedure. His resignation letter, read out by the parliamentary speaker, did not indicate any preferred successor.

Mugabe, who was the world's oldest head of state, said in his letter that legal procedures should be followed to install a new president "no later than tomorrow."

"My decision to resign is voluntary on my part and arises from my concern for the welfare of the people of Zimbabwe and my desire for a smooth, non-violent transfer of power," Mugabe said in the message read out by parliamentary speaker Jacob Mudenda.

Mugabe led Zimbabwe's liberation war and is hailed as one of post-colonial Africa's founding fathers and a staunch supporter of the drive to free neighbouring South Africa from apartheid in 1994.

But many say he has damaged Zimbabwe's economy, democracy and judiciary by staying in power for too long and has used violence to crush perceived political opponents. The country faces a foreign exchange payments crisis and roaring inflation.

Since the crisis began, Mugabe has been mainly confined to his "Blue Roof" mansion in the capital where Grace is also believed to be. 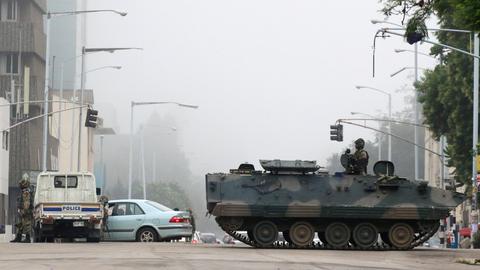 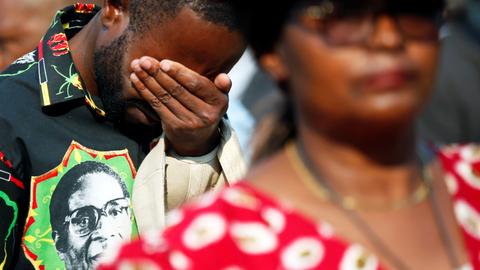 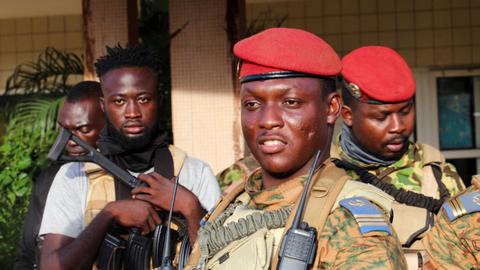