1
American held in Iran allowed to leave, son freed from detention: UN
2
Brazilians head to polls for historic election
3
No 'imminent invasion' of Taiwan by China, says US
4
Americans, Venezuelans freed in prisoner swap
5
Thousands rally in Canada in solidarity with Iran protesters

The execution of four death row inmates, and the staying of another four others, has brought attention to the practice and its declining popularity

The US state of Arkansas on Thursday night killed a convicted murderer, bringing to a conclusion, for now, of a dramatic spree of executions before a crucial death penalty drug expires at the end of April.

Of the original eight scheduled to die in Arkansas' first execution since 2005, only Ledell Lee, Marcel Williams, Jack Jones and Kenneth Williams made it to the execution chamber. The other four, Don Davis, Bruce Ward, Stacey Johnson and Jason McGehee, were spared by court orders on the basis of mental incapacity or, in McGehee's case, for further review of evidence.

Initial reports suggest that the execution of the final man, Kenneth Williams, was extremely painful.

The death penalty sets the United States apart from other major, developed countries in the G7. Not only does it still maintain a federal death penalty, but 31 states still have the law on the books. Some maintain it but haven't used it in years.

Will the US ever abolish the death penalty? It's impossible to tell, but there are signs that time may be running out for the institution. Public support for the policy has fallen as DNA evidence exonerates prisoners and racial disparities in sentencing raise questions about its fairness. For a brief period in the 1970s, there was a nationwide moratorium on the practise, imposed by the Supreme Court.

The executions in Arkansas, unprecedented in scale and speed, threw a harsh light on the practise of capital punishment in the United States. It attracted both the ire of activists and brought about a lawsuit from a drug company that supplied Arkansas with one of the lethal injection chemicals used in the execution. The company, McKesson, claims that Arkansas bought the drugs under false pretenses, and did not say they would be part of executions.

More than the prisoners themselves, or their crimes, the drugs themselves were the centrepiece of debate in Arkansas. One of them, called Midazolam, is unable to properly sedate prisoners before the lethal drugs take hold, experts say. States across the US have struggled to find drug suppliers for lethal injections.

Deborah Denno, a professor and death penalty expert at Fordham University law school, said that the inability for states to find drugs has thrown capital punishment in the US into a tailspin.

"These things are very unpredictable. Every few months something unpredictable happens, and this is one of those things in Arkansas. Nobody would have guessed that this would have come about. These kinds of unforeseeable things seem to be taking place more quickly than they ever have before and that's because of this drug shortage problem. We've seen things we've never seen before."

In order to perform executions without lethal injection, some states have considered bringing back the firing squad. Legal objections to lethal injections often revolve around whether they are permissible under the 8th Amendment, which prohibits cruel and unusual punishment.

Denno told TRT World that public opinion, and the number of jury recommendations for the death penalty, have dropped off in recent years.

"Everything points to a decline and if this continues, the United States supreme court is going to have to view it as a consensus of some sort. But that all depends on when that goes on enough to the other side that the court will be warranted to look at this as a Constitutional issue," Denno said.

There is still institutional inertia, and sincere support for the death penalty, across the US. Capital punishment has been a part of the country since its founding, but so has the 8th Amendment.

Some proponents of the death penalty argue that it still works as a deterrent for criminals and is a useful tool for prosecutors seeking to save the state time and money by threatening defendants with death if they don't accept plea agreements that put them in prison for life.

That's the opinion of John Lott, President of the Crime Prevention Research Center, who debated Denno on Thursday's edition of TRT World's The Newsmakers.

"First degree murder cases are very expensive. You just have to see how frequently these killers take a plea bargain as evidence of the deterrence effect," he said.

Denno responded by saying that the facts contradict Lott, and said that he was missing a crucial point about the death penalty.

"This is about justice. Mr. Lott only focuses on the economics of this issue, this is supposed to be about fairness. It's ridiculous that the state of Arkansas is speeding up executions merely because the drug is expiring," she said.

Denno also said that multiple studies show the death penalty had claimed the lives of people completely innocent of their crimes. Lott contradicted this.

For the American people, the question is going to be about what rights they want their states to have over them. Should the state be able to have the power to carry out the premeditated killing of a human being? Is that a power Americans want their government to have?

The death penalty operates, for the most part, out of the public eye. But what happened in Arkansas put an unusual amount of attention on the practise in the media. With the drug shortage, and exonerations of the innocent, set to continue, it seems that the American voter will have to make that decision sooner or later, whether they want to or not. 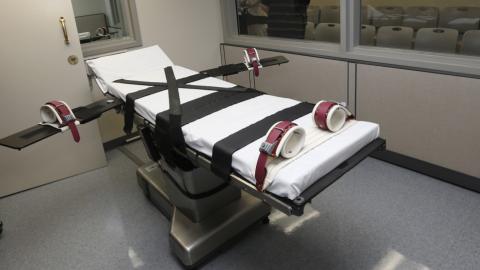 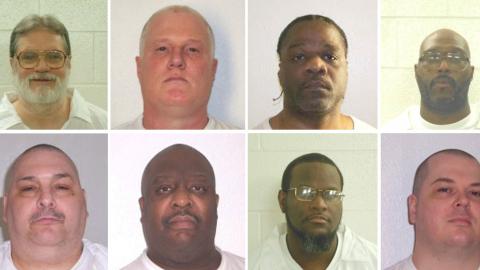 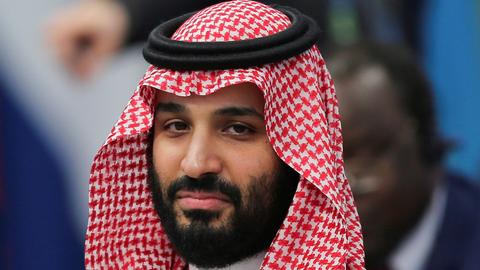 1
American held in Iran allowed to leave, son freed from detention: UN
2
Brazilians head to polls for historic election
3
No 'imminent invasion' of Taiwan by China, says US
4
Americans, Venezuelans freed in prisoner swap
5
Thousands rally in Canada in solidarity with Iran protesters