At least 216 killed in Mexico earthquake

The toll from The 7.1 magnitude quake in central Mexico will likely rise, as rescue crews and volunteers in Mexico City claw through the rubble of collapsed buildings looking for survivors and bodies.

A devastating 7.1 magnitude earthquake in Mexico killed at least 216 people Tuesday, according to officials, with a preliminary 30 deaths recorded in the capital where rescue efforts were still ongoing.

In a sign of the difficulties authorities are facing, an earlier death toll of at least 248 was revised down late on Tuesday. But officials say it is like to rise as rescue and recovery work continues.

Volunteers and emergency crews were digging through the rubble of collapsed buildings in Mexico City, according to municipal authorities.

The overall toll rose steadily in the hours after the quake. Directly south of Mexico City, Morelos state suffered at least 42 of the deaths.

The earthquake struck on the 32nd anniversary of a temblor that killed thousands in the capital.

The state of Morelos, just south of Mexico City, was also hard hit with 55 killed, Puente said. At least 12 people were killed in the neighboring state of Mexico, and three deaths were reported in the state of Guerrero on the Pacific coast.

Mexican President Enrique Peña Nieto said late on Tuesday more than 20 children and two adults had been found dead at the school, Colegio Enrique Rebsamen, in the neighborhood of Coapa. Another 30 children and 12 adults were missing, he said.

The quake sowed panic in the sprawling city of 20 million people, many of whom have memories of the quake 32 years ago that killed some 10,000 people.

TRT World spoke to journalist Alasdair Baverstock for the latest.

TV images showed a multi-story building in the capital with a middle floor collapsed as sirens blared from first responders rushing to the scene.

Other video showed the side of a government building sheering off and falling into the street as bystanders screamed.

In Cuernavaca, a city south of Mexico City, there were unconfirmed reports on local radio of people trapped beneath collapsed buildings.

Mexico's Seismological Institute said the quake measured 6.8 on its scale, but later revised it to 7.1.

The institute said the quake's epicentre was seven kilometres west of Chiautla de Tapia, in the neighbouring state of Puebla.

City residents also posted photos online of damage to buildings in their neighbourhoods.

Emergency officials warned people not to smoke in the street, warning of possible ruptured gas pipes.

Much of the country was also shaken when an 8.1 magnitude quake, the strongest in more than eight decades, struck southern Mexico on Sept. 7, killing at least 98 people.

Earthquakes of magnitude 7 or above are regarded as major and are capable of causing widespread heavy damage. Another 11 aftershocks were registered after the initial quake at around lunchtime on Tuesday, the most powerful of which measured 4.9, according to the USGS. 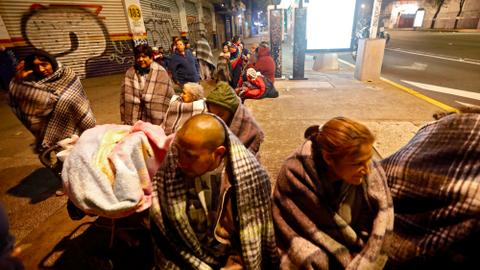 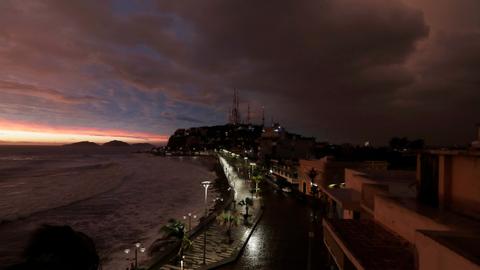