1
US white shooter's manifesto: 'Kill as many Blacks as possible'
2
US eases visa, family remittance curbs for Cuba
3
China's retail sales slump due to Covid lockdowns
4
What shape is your city? It determines the amount of rain, science says

US President Joe Biden has met with executives from infant formula manufacturers and retailers including Target, Walmart and Nestle's Gerber, pressing them to beef up tight supplies and do everything possible to get families access.

The US Food & Drug Administration (FDA) will announce new steps in the coming days regarding importing certain infant formula products from abroad, the White House said on Thursday, and Biden has asked the Federal Trade Commission (FTC) to probe reports of predatory conduct such as price gouging.

During his meeting with the executives, Biden discussed efforts to increase production and urged companies to "do more to help families purchase infant formula," White House spokesperson Jen Psaki said.

"What we are seeing, which is an enormous problem, is hoarding," Psaki said. "That is also something we're focused on."

READ MORE: Parents hunt for baby formula amid shortage in US

Tight supplies of formula dwindled further after Abbott Laboratories ABT.N in February recalled Similac and other baby formulas made at its Michigan plant following consumer complaints of bacterial contamination. The FDA later cited five bacterial infections reported in babies given the company's formula, including two deaths.

Abbott, the biggest US supplier of milk formula, said tests showed one bacteria strain found in the facility was not linked to any known infant illnesses, although it was updating its cleaning and related protocols.

The plant's closure exacerbated pandemic-related supply chain issues causing formula shortages the FDA has said it is working to address.

US House lawmakers plan a hearing on the matter on May 25.

House Speaker Nancy Pelosi told reporters that lawmakers want to ensure it does not happen again, "but right now the baby's crying, the baby's hungry and we need to address the situation right now."

On Thursday, House Republicans criticised the Biden administration, saying a plan should have been in place to address the shortages sooner.

Abbott said it could restart production in Sturgis, Michigan, within two weeks of FDA approval, adding it is prioritising production at its Columbus, Ohio, facility and air-shipping formula from its Ireland plant.

The company announced the recall on February 17.

On February 28, the FDA warned of Cronobacter sakazakii and Salmonella Newport infections in babies fed with formula produced at the Michigan plant. FDA finished inspecting that facility on March 18, and the company responded on April 8, Abbott said.

Elise Stefanik, part of the House Republican leadership and a new mother herself, told a news conference she had contacted the FDA in February but received "no substantive response."

"Joe Biden simply has no plan. In fact, when Joe Biden's White House was asked about the shortage, they laughed. Shameful," she told reporters.

Joe Biden has NO PLAN. https://t.co/gU4AogWdyS

Her Republican House colleague Anne Wagner of Missouri said her state was one of six where more than half of the normal supply of baby milk was out of stock.

"I've heard stories of moms firsthand – my own daughter-in-law – bartering for baby formula on Facebook," she said.

"Pregnant women are asking if they should start stockpiling. They're anxious during a time of high stress and anxiety."

Congressman Randy Feenstra said families in his state of Iowa were traveling up to 100 miles to source the formula. 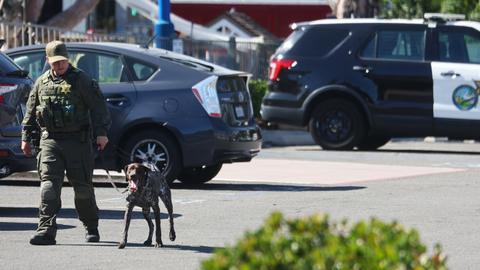 1
US white shooter's manifesto: 'Kill as many Blacks as possible'
2
US eases visa, family remittance curbs for Cuba
3
China's retail sales slump due to Covid lockdowns
4
What shape is your city? It determines the amount of rain, science says