The money will be split among at least 20 former employees of B&B Hospitality and their Manhattan restaurants Babbo, Lupa and the now-closed Del Posto.

US celebrity chefs Mario Batali and Joseph Bastianich have agreed to pay $600,000 in a settlement to 20 former employees over sexual harassment allegations, the New York attorney general said.

A four-year investigation launched after accusations of sexual harassment were leveled against Batali concluded that "more than 20 employees were subjected to a hostile work environment in which female and male employees were sexually harassed by Batali, restaurant managers and other coworkers," said a statement from the attorney general's office.

"B&B, Batali and Bastianich must pay $600,000 to at least 20 former employees, revise training materials in all B&B restaurants, and submit biannual reports to the (Attorney General's office) to certify compliance with the agreement," the statement added.

The accusations were not the first against the once-prestigious Batali, known for his red ponytail and orange Croc shoes.

Earlier allegations led him to apologise publicly for making "many mistakes" and to take a sidelined role at his businesses, later selling his stake in all of his restaurants.

Batali had partnered with fellow popular chef Bastianich in several restaurants and they teamed up in the Batali and Bastianich Hospitality Group (B&B), which was dissolved in 2019.

The two men, regulars on TV cooking shows, had also created one of New York's temples to Italian cuisine, partnering with the chain of gargantuan Eataly food stores.

The agreement announced on Friday implicated several of Batali and Bastianich's New York restaurants: Babbo, Lupa and Del Posto, which is now closed.

New York Attorney General Letitia James said in the statement that at their restaurants, "Batali and Bastianich permitted an intolerable work environment and allowed shameful behavior that is inappropriate in any setting."

"When my female coworkers and I were being sexually harassed by multiple people at Del Posto, the restaurant's leadership made us feel as if we were asking for it – as if it is a rite of passage to be harassed at work," Juliana Imperati, a former line cook at Del Posto, said in a statement provided by the attorney general's office.

Among the investigation findings detailed in the agreement, Batali had "sexually harassed a female server by making explicit comments to her and grabbing her hand... and pulling it towards his crotch" and in another incident showed a male server at Lupa an "unwelcome" pornographic video. 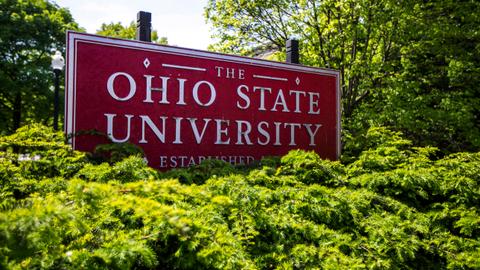