President Joe Biden has signed into law a $700 billion bill that is seen as the biggest climate package in US history, designed to cut domestic greenhouse gas emissions as well as lower prescription drug prices.

Biden was joined by Democratic leaders including Senator Joe Manchin of West Virginia, whose support was crucial to the passage of the Inflation Reduction Act along party lines after he had initially opposed a similar measure.

"Joe, we never had a doubt," Biden said of Manchin on Tuesday at the White House.

Biden used the event to criticise Republicans as he sought to use a string of Democratic-led legislative victories to help boost Democrats in congressional midterm elections in November.

"Every single Republican in Congress voted against this bill," he added.

Democrats say it will help combat inflation by reducing the federal deficit. The law will also allow Medicare to negotiate lower drug prices for the elderly and ensure that corporations and the wealthy pay the taxes they owe.

Senate Republican leader Mitch McConnell said the new law will have the opposite impact.

"Democrats robbed Americans last year by spending our economy into record inflation. This year, their solution is to do it a second time. The partisan bill President Biden signed into law today means higher taxes, higher energy bills, and aggressive IRS audits," he said, referring to the Internal Revenue Service.

The new law should reduce future global warming "not a lot, but not insignificantly either," according to climate scientists.

Even with nearly $375 billion in tax credits and other financial enticements for renewable energy in the law, the United States still isn’t doing its share to help the world stay within another few tenths of a degree of warming, a new analysis by Climate Action Tracker said.

The group of scientists examines and rates each country's climate goals and actions. It still rates American action as "insufficient" but hailed some progress.

"This is the biggest thing to happen to the US on climate policy," said Bill Hare, the Australia-based director of Climate Analytics which puts out the tracker. "When you think back over the last decades, you know, not wanting to be impolite, there's a lot of talk, but not much action."

He said officials from Chile and a few Southeast Asian countries, which he would not name, told him this summer that they were waiting for US action first.

And China "won’t say this out loud, but I think will see the U.S. move as something they need to match," Hare said.

"The contributions from the US to greenhouse gas emissions are huge," said Princeton University climate scientist Gabriel Vecchi. "So reducing that is definitely going to have a global impact." 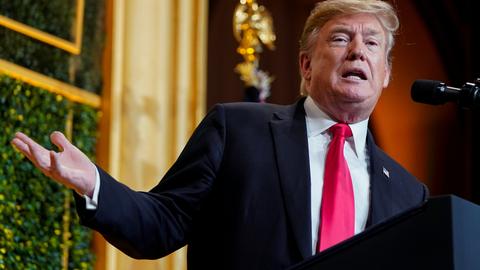