The 50-minute phone call, second in a month, between presidents Joe Biden and Vladimir Putin comes amid soaring Russia-West tensions over fears Moscow will invade Ukraine.

Presidents Joe Biden and Vladimir Putin have spoken amid growing alarm over Russia's troop buildup near Ukraine, a simmering crisis that has become further complicated in recent days as the Kremlin has stepped up its calls for security guarantees and test fired hypersonic missiles to underscore its demands.

Putin's foreign affairs adviser said on Thursday that Biden reaffirmed the US threat of new sanctions against Russia in case of an escalation or invasion, to which Putin responded with a warning of his own that such a US move could lead to a complete rupture of ties.

"It would be a colossal mistake that would entail grave consequences," said Yuri Ushakov. He added that Putin told Biden that Russia would act as the US would if offensive weapons were deployed near American borders.

Biden warned Putin of a robust US response to any Russian invasion of Ukraine, and said "de-escalation" was needed for a diplomatic solution to the standoff to take shape, the White House said.

During a 50-minute call with the Russian leader, Biden "made clear that the United States and its allies and partners will respond decisively if Russia further invades Ukraine," Press Secretary Jen Psaki said in a statement.

Putin requested Thursday's call, the second between the leaders this month, ahead of scheduled talks between senior US and Russian officials set for January 10 in Geneva.

Russia has made clear it wants a written commitment that Ukraine will never be allowed to join NATO and that the alliance's military equipment will not be positioned in former Soviet states, demands that the Biden administration has made clear are non-starters.

The White House said Biden told Putin that a diplomatic path remains open even as the Russians have moved an estimated 100,000 troops toward Ukraine and Kremlin officials have turned up the volume on its demands for new guarantees from the US and NATO.

Those demands are to be discussed during the talks in Geneva, but it remains unclear what, if anything, Biden would be willing to offer Putin in exchange for defusing the crisis.

Draft security documents Moscow submitted demand that NATO deny membership to Ukraine and other former Soviet countries and roll back its military deployments in Central and Eastern Europe.

The US and its allies have refused to offer Russia the kind of guarantees on Ukraine that Putin wants, citing NATO’s principle that membership is open to any qualifying country. They agreed, however, to hold talks with Russia to discuss its concerns.

The security proposal by Moscow has raised the question of whether Putin is making unrealistic demands in the expectation of a Western rejection that would give him a pretext to invade.

Steven Pifer, a career foreign service officer who served as US ambassador to Ukraine in the Clinton administration, said the Biden administration could engage on some elements of Russia's draft document if Moscow is serious about talks.

Key NATO members have made clear there is no appetite for expanding the alliance in the near future. The US and allies could also be receptive to language in the Russians' draft document calling for establishing new consultative mechanisms, such as the NATO-Russia Council and a hotline between NATO and Russia.

"The draft treaty’s proposed bar on any NATO military activity in Ukraine, eastern Europe, the Caucasus, or Central Asia is an overreach, but some measures to limit military exercises and activities on a reciprocal basis might be possible," Pifer, who is now a senior fellow at Brookings Institution, wrote in an analysis for the Washington think tank.

Biden planned to tell Putin that for there to be "real progress" in the talks they must be conducted in "a context of de-escalation rather than escalation," according to a senior administration official who briefed reporters before the call. The official spoke on the condition of anonymity.

The call was set up on Putin’s initiative, Kremlin spokesperson Dmitry Peskov said on Thursday.

"The goal of the conversation is clear — to continue discussing the issues that were on the agenda during the recent conversation via video conference," Peskov told reporters.

That December 7 call focused on the Russian troop movements, which have unsettled Ukraine and other European allies, as well as Moscow's demand for security guarantees.

Peskov noted that since that call, Moscow submitted its security proposals to US and European officials and now "from our point of view, from the point of view of President Putin, the need has arisen for another telephone conversation, which would preface the upcoming talks."

Biden and Putin, who met in Geneva in June to discuss an array of tensions in the US-Russia relationship, are not expected to take part in the January talks.

In the December 7 video call, the White House said Biden put Moscow on notice that an invasion of Ukraine would bring sanctions and enormous harm to the Russian economy. Russian officials have dismissed the sanction threats. 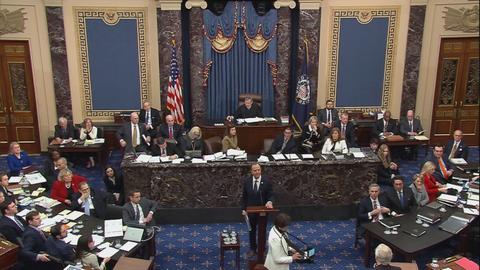