The death toll from a police raid in a poor neighbourhood in northern Rio de Janeiro has risen to 21, authorities in Brazil said.

They said an early Tuesday morning police raid took place in the Vila Cruzeiro favela, or slum, with the objective of detaining members of an influential drug trafficking group.

Among the deaths was a woman who was hit by a stray bullet during a gun battle.

Authorities said a number of alleged drug traffickers opened fire as they resisted arrest and were killed during the confrontation.

Colonel Ivan Blaz, a spokesperson for the militarised police force that led the raid, described it as "a very intense confrontation."

Residents took to social media to describe a loud shooting at around 4 am [local time], which they said came from a wooded area close to the community, causing alarm among the population living there.

According to police, several gun battles took place on high parts of the ground in the favela and the wooded areas close by as authorities captured a number of arms and vehicles during the raid.

Police helicopters were also hit with bullets during the raid.

Close to 20 schools in the area were closed due to the gunfire, according to residents. Vila Cruzeiro, a densely populated favela, sits on a hill close to Rio de Janeiro's international airport.

According to the Brazilian news portal G1, authorities were targeting Comando Vermelho, one of Brazil's most powerful gangs.

Some have criticised the raid for excessive use of force by authorities, notably left-wing councilman Tarcisio Motta, describing it on Twitter as "another massacre. Schools closed, thousands of people terrorised," before going on to add that "extermination is the ongoing policy in Rio de Janeiro."

Previous notable raids such as last May's in the city’s Jacarezinho favela were denounced by residents, who called for an independent investigation from rights groups and the United Nations.

In May 2021, a spokesperson for the UN High Commissioner for Human Rights said, "We remind the Brazilian authorities that the use of force should be applied only when strictly necessary and that they should always respect the principles of legality, precaution, necessity and proportionality."

In 2021, Brazilian police were responsible for 6,100 fatalities over the course of the year, equating to 17 per day, according to G1's violence monitor count in collaboration with the University of Sao Paulo and the non-governmental Public Safety Forum. 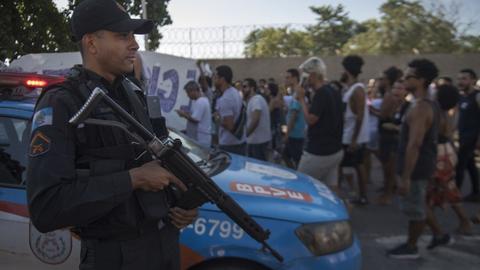 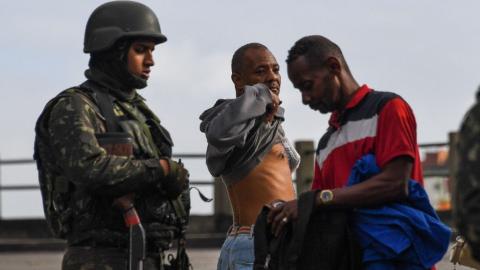