The announcement by President Juan Manuel Santos that peace talks with the ELN have been suspended followed a resumption of attacks by the armed group on oil installations and the armed forces.

Colombian President Juan Manuel Santos announced that he had suspended peace talks with National Liberation Army (ELN) rebels in response to what he said were guerrilla attacks earlier Wednesday.

Peace talks with Colombia's last rebel group had been set to resume in Quito, the capital of neighbouring Ecuador, on Wednesday but a 101-day ceasefire between the government and the ELN rebels expired at midnight without agreement to extend it.

"I have talked with the head of the government delegation in Quito to tell him to return immediately to assess the future of the process," Santos said in a televised address.

Santos said the ELN had resumed "its terrorist attacks against the civilian population, the armed forces and infrastructure."

The rebels carried out three bomb attacks in the early hours of Wednesday against the Cano Limon oil pipeline, which takes crude from the Cano Limon oil field, operated by Occidental Petroleum Corp, to the Caribbean port of Covenas. The bombings against the pipeline, which is Colombia's second most important, forced the suspension of pumping operations, the government said.

The ELN also staged a grenade attack on a naval base in Arauca province, injuring two soldiers.

Separately, state oil company Ecopetrol reported an attack on one of its facilities in a rural area Casanare province.

"My commitment to peace has been and will be unwavering. But peace comes with a will and concrete acts of peace, not just words," said Santos.

ELN commander Pablo Beltran called on the government to reconsider, insisting his side wanted the talks on extending the ceasefire to continue.

"We want conversations to be maintained, and that no incidents lead to them being interrupted, and we call on them to consider their withdrawal from the table," said Beltran.

The standoff comes as UN chief Antonio Guterres travels to Colombia at the weekend "to support peace efforts," his spokesman said.

During a Security Council meeting to discuss Colombia, Britain and Sweden urged Colombia and the ELN to resume ceasefire talks as quickly as possible.

Colombian Vice President Oscar Naranjo Trujillo told the council that "the government is not walking away from peace" and has called urgent talks to salvage the ceasefire.

Accusations of both sides

Both sides have separately said they want the ceasefire to be extended, but an accord has remained out of reach because of mutual accusations of failure to meet commitments.

Both the ELN and the government have accused each other of breaches since the truce began on October 1.

The ELN recently acknowledged the murder of an indigenous governor, for which it has asked for forgiveness.

In turn, the rebels accused security forces of killing seven coca farmers and carrying out military operations in areas of ELN influence.

A pact with the ELN would close the last chapter of a half-century conflict in the South American nation, following a deal struck by Nobel Peace Prize-winning Santos in November 2016 with the much larger FARC insurgents.

Under its peace deal, the Revolutionary Armed Forces of Colombia, or FARC, has disarmed, demobilised its fighters, and transformed into a political party using the same acronym.

But the UN has expressed concern at the slow pace of reintegration of FARC's 14,000 former combatants into civilian life.

Guterres said in a report to the Security Council last month that a "significant number" of FARC rebels "have joined illegal or dissident groups" as a result of a "growing frustration at the lack of opportunities".

The ELN has an estimated 2,000 fighters in its ranks.

Colombia's long internal conflict created around eight million victims, including those killed, made to disappear and displaced from their homes. 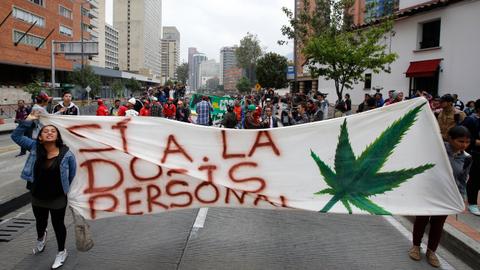 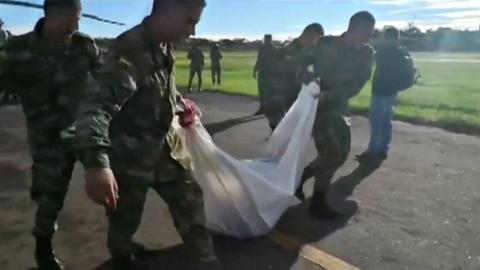 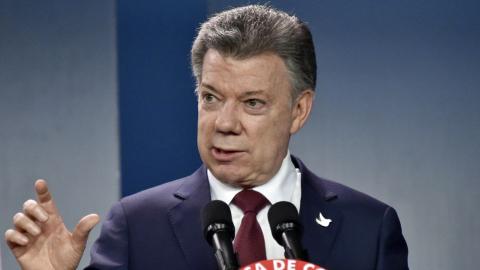