US President Donald Trump's lawyer Michael Cohen appeared in court on Monday to limit FBI access to his documents – but a judge rejected his claim of attorney-client privilege.

US President Donald Trump’s personal lawyer was forced on Monday to reveal in a New York federal court that Fox News personality Sean Hannity, one of Trump’s most ardent defenders, was also on his client list.

Michael Cohen, Trump’s fiercely loyal and pugnacious lawyer, disclosed Hannity’s name through one of his own lawyers at the order of the judge.

Stormy Daniels, an adult-film actress who claims to have had a sexual encounter with Trump, watched from the public gallery.

Daniels, in a separate civil case, is fighting a 2016 non-disclosure agreement arranged by Cohen in which she got $130,000 to stop her from discussing her claim she had sex with Trump a decade prior, something Trump has denied.

Hannity, 56, said on Monday that he had never paid for Cohen’s services or been represented by him, but had sought confidential legal advice from him. The conservative host often uses his weeknight broadcast on Fox News to defend the president against what he sees as biased attacks by the media. Sometimes Trump praises Hannity in return.

Cohen was in court to ask the judge to limit the ability of federal prosecutors to review documents seized from his offices and home last week as part of a criminal investigation, which stems in part from a probe into possible collusion between Trump’s presidential campaign and Russia.

The Russia investigation has frustrated the White House as it has spread to enfold some of Trump’s closest confidantes.

Judge Kimba Wood spent more than 2-1/2 hours listening to arguments by Cohen’s lawyers, prosecutors from the US attorney’s office in Manhattan and a lawyer representing Trump in the hearing. She is expected to rule later.

She ordered prosecutors to give Cohen’s lawyers a copy of the seized materials before the next hearing.

The unexpected naming of Hannity made him the latest outsized media personality to be drawn into the investigation’s cast of unlikely supporting characters.

Daniels, whose real name is Stephanie Clifford, was another. As she arrived at the courthouse dressed in a lavender suit, photographers knocked over barricades as they scrambled to get pictures.

Daniels sat with her lawyer, Michael Avenatti, who told reporters they were there to help ensure protection for the integrity of the seized documents, some of which they believe pertain to the Daniels agreement.

Cohen has argued that some of the documents and data seized from him under a warrant are protected by attorney-client privilege or otherwise unconnected to the investigation. But Judge Wood said she would still need the names of those other clients, and rejected his efforts to mask the identity of Hannity, a client Cohen had said wanted to avoid publicity.

“I understand if he doesn’t want his name out there, but that’s not enough under the law,” Wood said, before ordering the name disclosed.

Stephen Ryan, a lawyer for Cohen, drew gasps and laughter from the public gallery when he named Hannity as the client.

After his identity was revealed, Hannity said on his syndicated radio show that he and Cohen “have occasionally had brief discussions about legal questions about which I wanted his input and his perspective.”

He assumed those discussions were covered by attorney-client privilege, he said on the show, which Fox says reaches more than 13 million listeners. 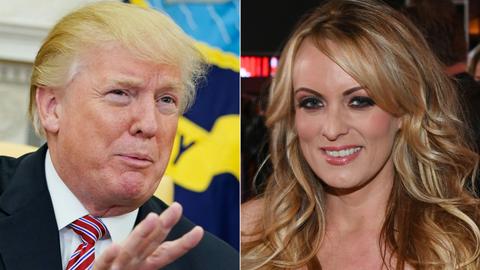 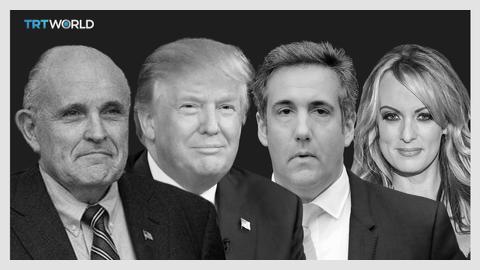