US university's decision follows a wide-ranging internal review of its role in slavery that showed Harvard staff enslaved more than 70 individuals and accepted donations from slave traders.

America's prestigious Harvard University has announced it will commit $100 million to redress its role in slavery, as more US institutions move toward reparations for historical injustices.

Harvard said on Tuesday it was putting the money into a fund to help tackle the educational and social gaps caused by the legacies of the slave trade and racism.

The move follows a wide-ranging internal review of the university's role in slavery, the results of which were posted on its website.

The 100-page report made several recommendations about how the money should be spent, including the improvement of educational opportunities for descendant communities, honoring enslaved people through memorials and research, and creating partnerships with Black colleges and universities.

It also recommended identifying and supporting direct descendants of Black and Native American enslaved individuals who labored on Harvard's campus and who were enslaved by previous Harvard leaders.

"Harvard benefited from and in some ways perpetuated practices that were profoundly immoral," Harvard president Lawrence Bacow wrote in a letter to students and staff posted on the institution's website.

"Consequently, I believe we bear a moral responsibility to do what we can to address the persistent corrosive effects of those historical practices on individuals, on Harvard, and on our society," he added.

READ MORE: An American museum offers the neglected story about the US and slavery

Harvard was founded in Cambridge, Massachusetts in 1636.

The report found that Harvard staff, including four presidents, enslaved more than 70 individuals until slavery was outlawed in the state in 1783.

The report also found that the university "benefited from extensive financial ties to slavery," including donations from slave traders.

It said that from the mid-19th century well into the 20th century Harvard presidents and prominent professors promoted race science and eugenics and "conducted abusive 'research,' including the photographing of enslaved and subjugated human beings."

Harvard's announcement comes as US institutions grapple with how to make amends for their role in slavery.

Last year, the leaders of the Jesuit conference of priests vowed to raise $100 million to benefit the descendants of slaves it once owned.

In 2019, students at Georgetown University approved a fund that would benefit the descendants of slaves sold by the elite Jesuit school in the 1800s. 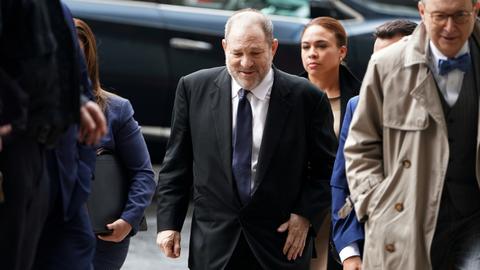 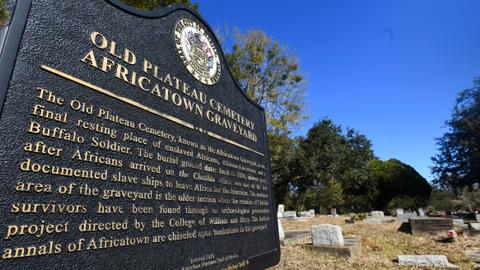