Focus of crackdown will now turn to more than 10,000 lower-ranking police officers after the dismissal of 313 senior officers, who were found involved in organised crime.

Honduras has fired a third of its senior police officers for links to organised crime in a purge that started four months ago, the commission handling the task said on Wednesday in a report to lawmakers.

So far, 313 senior officers of 946 who were evaluated have been dismissed, the special commission said in its first quarterly report since starting its mission in April.

The panel, manned by Justice Minister Julian Pacheco and three civilian members, will now turn its focus to more than 10,000 lower-ranking police officers.

The Special Commission for the Restructuring and Purging of the National Police was appointed by President Juan Orlando Hernandez, who declared a "security emergency" in the Central American country because of the levels of police corruption.

The president had come under increased pressure after alarm was raised when internationals and local media revealed a security ministry report that said high-ranking police officers working for drug lords had ordered assassinations of an anti-drug prosecutor, Julian Aristides Gonzalez, in 2009 and a security adviser, Alfredo Landaverde, in 2011.

The commission members and its advisors have faced numerous threats and intimidation attempts.

Transparency International issued a press release in June this year, calling for guaranteed saftey of civil society activists involved in the police reforms. It also called for a probe into the threats.

The country has also seen a string of high-profile murders in recent years, with the victims including journalists, an international sportsman, a Miss World contestant and several social activists among others.

Honduras has long been an open area of operation for Mexican and local drug cartels, and it has long been believed they could not operate without at least tacit support from the police.

Evidence of corruption, such as studies indicating that 7 percent to 9 percent of Honduran police officers use illicit drugs, have led to efforts to clean up police departments with little success.

This is the fifth attempt in two decades to purge Honduras' 12,000 strong police force, which has long been accused of working with criminal gangs in the poor Central American country.

Since taking office in 2014, Hernandez, a 47-year old conservative lawyer, pushed a plan to militarise police that has helped curb the murder rate.

But Honduras still has one of the world's highest homicide rates next to neighbouring El Salvador due to gang violence and drug traffickers.

The violence is one of the main factors driving Honduran migrants toward the United States.

The Human Rights Watch said, "Rampant crime and impunity for human rights abuses remain the norm in Honduras in 2015." 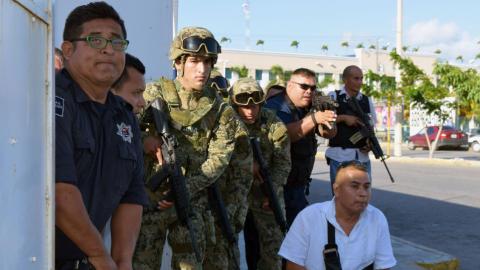 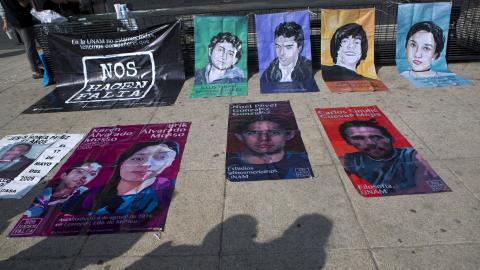 Mexico's drug war was the second deadliest conflict of 2016