Scores of Jamaica Labour Party supporters commenced celebrations in Kingston even before the polls closed.

Rising coronavirus infections kept many Jamaicans from voting as the country registered its lowest ever turnout on Thursday.

Nonetheless a party-like atmosphere had overtaken the prime minister's constituency in the capital Kingston even before the polls had closed, with scores of supporters –– clothed in the green of the ruling party –– dancing in the streets with little regard for coronavirus protocols.

In his virtual victory speech, made on Thursday night with just a few journalists and campaign staff present, Prime Minister Andrew Holness said "we will continue our good policies and we will keep Jamaica on the path to prosperity."

"We will be responsible with the power that you have given to us," he added.

The Jamaica Labour Party won 49 of the 63 parliamentary seats –– a crushing defeat for the opposition People's National Party –– in an election fought on coronavirus control, clamping down on crime, and stamping out corruption.

Holness was strongly criticised for his handling of the coronavirus epidemic in the run up to the ballot, with cases soaring in recent weeks.

He called the vote six months early, despite the island's virus spike – a move some said put politics over public health.

Holness defended his decision during a debate last weekend, saying "the pandemic will only end when there is a safe and widely-distributed vaccine," which he said was expected "well outside the constitutional limits to call an election."

Lowest voter turn out ever

But many Jamaicans decided voting wasn't worth the risk, with just 37 percent casting their ballots – well down on the 48 percent turnout at the last general election in 2016.

All voters had to wear a mask, have their temperature checked, clean their hands before entering polling stations and maintain social distancing.

Voters infected with Covid-19 were only allowed to leave isolation and cast their ballots after the polls closed wearing a mask, face shield, gloves and a disposable gown.

Jamaica has recorded just under 3,000 coronavirus cases, while the death toll stands at 29, according to a tally by John Hopkins University.

Despite the criticism over his handling of the health crisis, Holness was upbeat before the vote.

"I think we have made a good case about performance," he said, talking up his party's "balanced manifesto" that emphasized fiscal prudence.

"I hope the public will reward us for being frugal and working in both the personal and national interests."

The Caribbean island initially won plaudits for keeping the virus in check, but infections have tripled since early August, when the country celebrated its Emancipation and Independence holidays.

The government has been accused of ignoring expert advice by failing to impose restrictions during the celebrations, which have been partly blamed for the soaring caseload.

Amid increasing concern and rising criticism that election-related activities would further fuel the spread of the virus, Holness suspended his own campaigning in the run-up to the vote.

Health Minister Christopher Tufton said the prime minister wanted to "send a strong message to the country that this is the responsible thing to do." 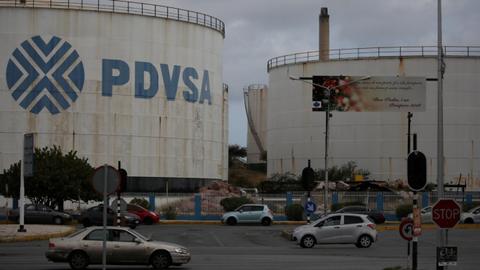