Peru's Boluarte under pressure amid political turmoil after Castillo ouster

Peru's new President Dina Boluarte is under pressure to quell the political turmoil rocking the country, a day after the dramatic arrest of her predecessor Pedro Castillo, who stands accused of attempting a coup and has requested Mexico for asylum.

Hundreds of protesters on Thursday demanded early elections in two southern cities as doubt hangs over Boluarte's ability to survive the firestorm ignited by Castillo.

Asked by reporters if she would consider calling an early election, Peru's first woman leader said that, going forward, she would "look at alternatives to best re-orient" the country.

The prosecutor's office said it had carried out a dawn raid on the presidency and some ministerial offices in Lima in search of evidence against Castillo, who is being investigated for "rebellion and conspiracy" a day after he tried to dissolve Congress and rule by decree.

Castillo's efforts were quickly stamped out by lawmakers who voted him out of office in a dizzying day of high drama, after which he was in jail, and his former vice president Boluarte took over.

In another twist, Mexico's President Andres Manuel Lopez Obrador revealed that Castillo had called his office to request asylum in his country's embassy, which he planned to grant, but the leftist was arrested before he could arrive there.

On Thursday, Mexico said it has started consultations with Peruvian authorities regarding Castillo's asylum request to the country.

Mexico's ambassador to Peru was able to meet with Castillo where he is being detained, Foreign Minister Marcelo Ebrard said.

Meanwhile, looking visibly nervous and dishevelled, Castillo appeared before the Supreme Court via videoconference on Thursday as the prosecutor's office requested he be detained for seven days.

"It is clear that the crime of rebellion was not committed" because it did not materialise, argued one of Castillo's lawyers, Victor Perez.

Boluarte took the oath of office shortly after the impeachment vote, vowing to serve out the rest of Castillo's term until July 2026.

However, protesters in the southern Andean cities of Ayacucho and Puno, where Castillo has a lot of support, demanded early elections be held.

The 60-year-old lawyer must now form her first ministerial cabinet, which will be an early indication of whether she is likely to survive in office.

However, without her political party in Congress, Boluarte faces an uphill battle to stay in power.

"She has no party in Congress, she is alone," Peru's ex-president Ollanta Humala told local TV on Wednesday night.

"She does not have the tools to govern, she should call for an early election," added Humala, who served from 2011 to 2016.

"Today's truce will last a month or maybe more, but then the country's big problems will come to the fore."

But right-wing political heavyweight Keiko Fujimori, the daughter of ex-president Fujimori, said her party would support the new president.

"Let's hope that the president appoints a broad-based cabinet, a very good cabinet and we must all do everything possible to make it work well," she tweeted.

The dramatic events in Peru are the latest in a long line of political crises for the country, where impeachment proceedings are common, and which is now on its sixth president since 2016.

Castillo's 17-month rule was overshadowed by multiple cabinet reshuffles, six investigations against him and his family, mass protests demanding his removal, and a power struggle with the opposition-backed Congress.

In a televised address, the 53-year-old announced he was dissolving the opposition-dominated Congress, imposing a curfew and would rule by decree for at least nine months.

As criticism poured in over the speech, lawmakers defiantly gathered to approve the impeachment motion.

By Wednesday night, Castillo had been transferred to the Barbadillo police penitentiary in east Lima, where graft-convicted former president Alberto Fujimori — himself removed by Congress in 2000 — is serving out his sentence. 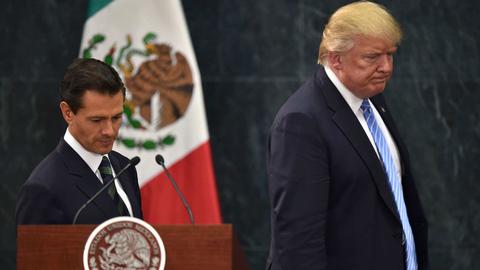 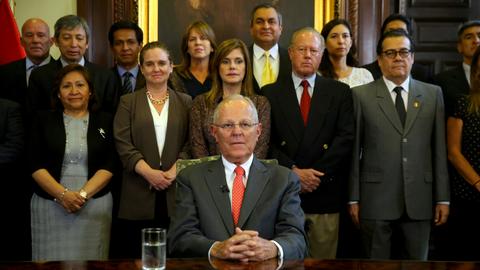 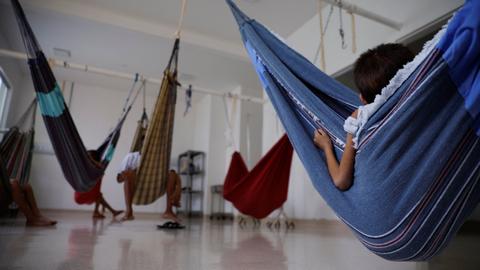