Police in Brazil suspect a body found in a burnt out car on the outskirts of Rio de Janeiro may be that of missing Greek ambassador, Kyriakos Amiridis.

Amiridis, 59, was last seen Monday evening leaving the home of friends of his Brazilian wife in a poor and violent suburb of Rio's metropolitan area, police had said earlier on Thursday.

Police said they found a body underneath a bridge in a car rented by the ambassador.

Rio police Inspector Evaristo Pontes had earlier told the Folha de S.Paulo newspaper that he did not believe the ambassador was kidnapped.

"We're following some leads, but not that one. If it had been a kidnapping, those who took him would have made contact by now," he said. 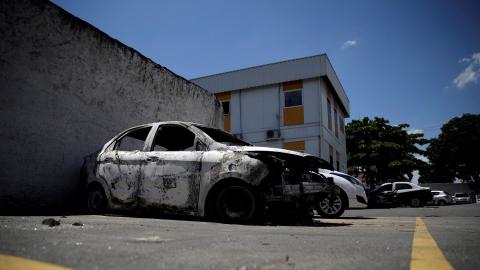