Far-right presidential candidate Jair Bolsonaro's support in polls is nearing 40 percent ahead of Sunday's first-round election in Brazil. However, unless he wins at least 50 percent of the vote, the election will go to a runoff on October 28.

Brazilian far-right presidential candidate Jair Bolsonaro has taken a commanding first-round lead, according to a Datafolha poll released on Thursday, though he is still short of votes to win the election outright this weekend and avoid a runoff vote.

The poll showed Bolsonaro has 39 percent of the valid votes, 11 points short of a majority needed for a first-round victory. Failing that, the two top vote-getters will face off on October 28. The first-round vote takes place on Sunday.

Support for Bolsonaro, who was stabbed while on the campaign trail in early September, has surged in recent days. Some observers say he could even win the presidency in the first-round ballot, with the left-leaning vote split between Haddad and a clutch of other candidates.

Brazil's most divisive election in decades officially closed on Thursday night with a televised debate.

However, Bolsonaro skipped the showdown, citing doctor's orders. The front runner was stabbed on September 6, but only left hospital on Saturday. On Thursday, he gave an interview to TV Record at the same time as TV Globo was televising the candidates' debate.

In a last push on Thursday, Bolsonaro told a radio station in northeastern Brazil, where his support is weakest and Haddad's is the strongest, that he would put the army to work to help finish some major infrastructure projects long stalled in the region, and said his presidency would invite partners from all parties, including the PT.

"We want to decentralise government revenues and send them to the states, where governors and mayors know best how to apply resources locally," he said.

Haddad's campaign hit hard at Bolsonaro on Thursday, using the last day of TV advertising to compare the former army captain, who has long praised Brazil's 1964-85 dictatorship, to Adolph Hitler. The adverts showed clips of Bolsonaro's more incendiary statements next to footage of the former German leader. 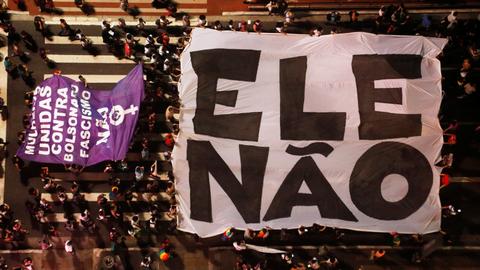 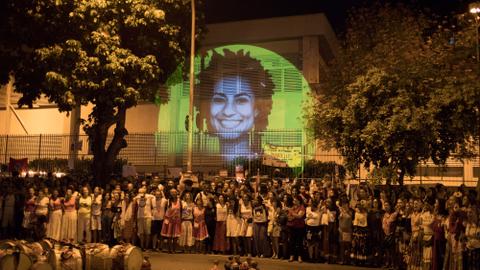