The pretend coffins and body bags were laid at gates of the National Guard headquarters on Tuesday in protest after the latest fatality in anti-government unrest aimed at the regime of Nicolas Maduro.

Venezuela opposition lawmakers placed pretend coffins and body bags at gates of the National Guard headquarters on Tuesday in protest after the latest fatality in anti-government unrest that has killed at least 75 people since April.

Footage and photos from demonstrations on Monday showed at least three members of the National Guard - a military unit with public order responsibilities - aiming and firing pistols in clashes on a major Caracas highway.

A 17-year-old demonstrator was shot in the chest and died, while several others were injured.

"You cannot keep killing people in the street!" opposition lawmaker Tomas Guanipa shouted during the early-morning protest in the middle-class El Paraiso zone of Caracas.

"Who gave the order to shoot?" asked another lawmaker Jose Olivares as soldiers watched silently from inside their base.

Venezuelan authorities said two National Guard members had been detained on Monday for what the interior minister called "presumed improper and disproportionate use of force" when thousands of protesters flooded the streets.

And President Nicolas Maduro announced that the general in charge of the National Guard, Antonio Benavides, was being replaced by another military man, Sergio Rivero.

"Win peace! That is our aim," Maduro told Rivero, without giving reasons for the change.

As well as the fatalities, thousands of people have also been injured or arrested since Venezuela's opposition began its latest street campaign against Maduro's socialist government in early April.

They accuse Hugo Chavez's successor of becoming a dictator and wrecking the once-prosperous OPEC member's economy, demanding a presidential election to end his rule.

Maduro, 54, narrowly won election in 2013 to replace Chavez after his death from cancer, but has seen his approval rating halve to just above 20 percent during four years of an economic crisis causing hunger and shortages.

Maduro says "terrorists" and "fascists" are leading the protests in an effort to topple him by force as briefly happened to Chavez in 2002. Government supporters, bystanders and some members of the security forces have also been victims of the violence, with gunshot wounds the most common cause.

Though thousands turned out on Monday, many grassroots opposition supporters feel intimidated by the daily violence in cities around Venezuela, where masked youths barricade streets and hurl stones and Molotov cocktails against security forces with tear gas and water cannons.

There is also some exhaustion setting in within protester ranks after 80 days of what the opposition denominates "resistance" and the government terms "armed insurrection".

Opposition leaders have, however, vowed to step up tactics soon to increase pressure on Maduro. They are seeking to halt Maduro's plan for July 30 elections for a special assembly to rewrite the constitution, a move they say is rigged to keep him in power.

Chief state prosecutor Luisa Ortega has been leading dissent against the plan from within government, earning her a barrage of accusations from officials ranging from corruption to insanity and promoting violence.

Analyst Nicholas Watson, of Teneo Intelligence, said the government's swift arrests after Monday's killing of a protester might have been a nod to the dissidents.

"It strongly suggests that flagrant abuses are a red line for doubting 'Chavistas'," he said. "Crossing that line increases the risk of defections that Maduro simply cannot afford." 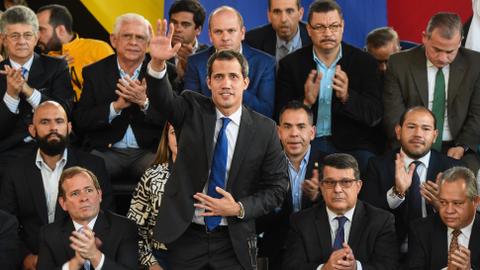