September 20th marks one year since Hurricane Maria hit the US territory of Puerto Rico.

It took more lives than any other natural disaster the US has seen in the last century.

Hurricane Maria killed 2,975 people in Puerto Rico, according to a government-commissioned study, knocking out power and drinking water supplies, and causing $90 billion in damages.

While the US Congress has approved a sizable relief package, the Caribbean island is still far from coming back on its feet.

Puerto Rican Senator Jose Nadal Power says "Congress already passed the resolution allocating the funding, it's legally there but it's not arriving. For some reason the administration is just being too slow in terms of responding to the island."

The US government announced on April 10, 2018, that it will award $18.5 billion worth of disaster recovery grants to Puerto Rico to help repair homes, businesses and its crumbling power grid.

The US Federal Emergency Management Agency (FEMA), the body in charge of post-disaster aid is responsible for distributing the bulk of the aid money to large contractors.

Michael Byrne, the FEMA director, says delays are part of the process.

"We've just achieved stability, we haven't really moved into the permanent work of recovery. And this is where you know everybody wants to move fast. There's no doubt about that, but we want to see speed and not haste," he said.

Many see FEMA's response as a proof of a passive, indifferent attitude toward Puerto Rico from the administration of US President Donald Trump.

The US federal aid is expected to only be a temporary solution.

Puerto Rico has been in a debt crisis for over a decade. It has been planning budget cuts across various public sectors, but the effects of Hurricane Maria last year have made things even worse.

The government is now planning to close nearly a quarter of its schools by the end of the year. 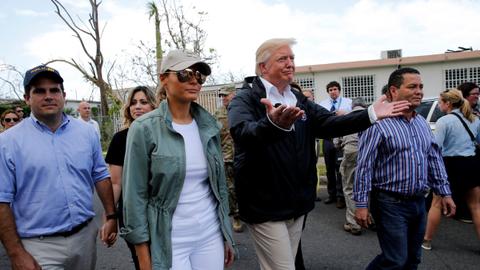