The widest-ranging reshaping of the tax code in three decades which is expected to add to the nation's $20 trillion debt legislation will slash tax rates for big business. Senate Democrats are expected to oppose the legislation unanimously.

After weeks of quarrels, qualms and then eleventh-hour horse-trading, Republicans revealed their huge national tax rewrite late on Friday.

They guarantee approval next week in time to give President Donald Trump the Christmas legislative triumph he's been aching for.

The legislation would slash tax rates for big business and lower levies on the richest Americans in a massive $1.5 trillion bill that the GOP plans to muscle through Congress before its year-end break.

Benefits for most other taxpayers would be smaller.

"This is happening. Tax reform under Republican control of Washington is happening," House Speaker Paul Ryan of Wisconsin told rank-and-file members in a conference call.

"Most critics out there didn't think it could happen. ... And now we're on the doorstep of something truly historic."

According to the 1,097-page bill released late on Friday, today's 35 percent rate on corporations would fall to 21 percent, the crown jewel of the measure for many Republicans.

Trump and GOP leaders had set 20 percent as their goal, but added a point to free money for other tax cuts that won over wavering lawmakers in final talks.

The legislation represents the first major legislative achievement for the GOP after nearly a full year in control of Congress and the White House.

It's the widest-ranging reshaping of the tax code in three decades and is expected to add to the nation's $20 trillion debt. The debt is expected to soar by at least $1 trillion more than it would without the tax measure, according to projections.

Support is now expected from all Senate Republicans, ensuring narrow approval. Democrats are expected to oppose the legislation unanimously.

"Under this bill, the working class, middle class and upper middle class get skewered while the rich and wealthy corporations make out like bandits," said Senate Minority Leader Chuck Schumer of New York. "It is just the opposite of what America needs, and Republicans will rue the day they pass this."

The bill would drop today's 39.6 percent top rate on individuals to 37 percent. The standard deduction — used by around two-thirds of households — would be nearly doubled.

Those who itemise their taxes face mixed results. The $1,000 per child tax deduction would grow to $2,000, with up to $1,400 available in IRS refunds for families who owe little or no taxes.

But the deduction that millions use in connection with state and local income, property and sales taxes would be capped at $10,000. Deductions for medical expenses that lawmakers once considered eliminating would be retained.

Low-income taxpayers would receive the money in the form of a tax refund, which is why it's called a "refundable" tax credit.

Members of a House-Senate conference committee signed the final version of the legislation on Friday, sending it to the two chambers for final passage next week. They have been working to blend the different versions passed by the two houses.

Republicans hold a slim 52-48 majority in the Senate, including two ailing senators who have missed votes this past week.

Republicans didn’t get their wish to repeal former President Barack Obama’s health care law, but the tax bill barreling toward a final vote in Congress guts its most unpopular provision: the requirement that virtually all Americans carry health insurance.

Politically, the move is a winner for Republicans, who otherwise would have little to show for all their rhetoric about Obamacare.

But if estimates by the nonpartisan Congressional Budget Office are right, it will lead to more people being uninsured and higher premiums for those buying individual health insurance policies.

And Congress may then find itself considering other ways to nudge people to get health insurance.

The CBO estimates that repealing the requirement would lead to more people taking a gamble on going without coverage, raising the number of uninsured Americans by 4 million in 2019 and by 13 million a decade from now.

The federal government would save about $338 billion over a decade because fewer people would seek subsidised coverage under the Affordable Care Act.

But premiums for individual plans would go up about 10 percent because the people left behind would tend to be sicker.

Independent experts debate the precise impact, noting that with about 28 million people still uninsured, the so-called individual mandate doesn't seem to have worked very well in the first place.

"The data is very murky on how much of an effect the individual mandate has had," said Larry Levitt of the nonpartisan Kaiser Family Foundation. "I think it's likely that millions more people will be uninsured with the individual mandate repealed but not to the extent that CBO projected. Insurance premiums will certainly go up."

Other major elements of Obamacare would remain in place, including its subsidies for premiums, protections for people with pre-existing medical conditions and its requirement that insurers cover a broad range of "essential" benefits. Little impact is seen on employer plans, the mainstay for workers and their families.

The insurance requirement is enforced through fines collected by the IRS. Anecdotal evidence suggests that many of the people who have been paying the fines are workers with modest incomes — the group that the health law was supposed to help in the first place.

President Donald Trump's administration is working on another track: regulations that would allow broader sale of lower-cost plans with limited benefits.

How much consumer appeal that alternative will have remains to be seen. 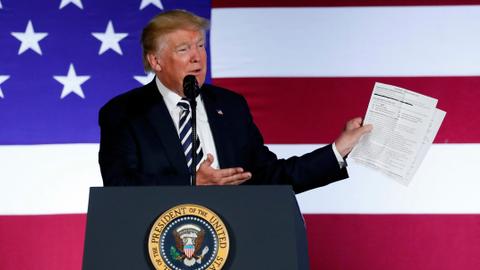 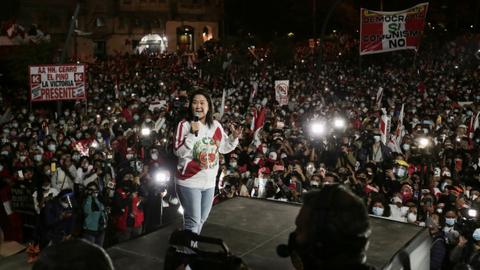