Snowstorm in central US wreaks havoc

A powerful snowstorm hit the US Midwest, blocking roads and causing hundreds of flight cancellations that threatened travel plans for many people who intended to fly or drive to Thanksgiving feasts this week.

A powerful snowstorm swept across Colorado and into the US Midwest on Tuesday, blocking roads and causing hundreds of flight cancellations that threatened travel plans for many people hoping to fly or drive to Thanksgiving feasts this week.

The storm dumped 30 cm of snow in parts of Colorado and buffeted the Denver area with wind gusts of 72 km/h.

Nearly 500 flights were canceled and more than 350 delayed at Denver International Airport by Tuesday afternoon.

"We just landed at the Denver Airport! Crazy conditions. Literally 0 visibility," Amber Kimbrell, a high school science teacher from Huntsville, Alabama, said in a Twitter message. She posted a photo of a runway covered in white.

Some 55 million travelers planned to fly or drive at least 80 km from their homes for the Thanksgiving holiday on Thursday, according to the American Automobile Association, but the snow will likely alter those plans for many.

"Nothing like starting Thanksgiving break with boarding the plane in the snow, sitting on the tarmac for 2 hours," Jude Matyo-Cepero, a University of Nebraska professor, wrote on Instagram.

By early Tuesday afternoon, the storm was pushing northeast, with parts of northwest Kansas and western Nebraska reporting snow accumulation 10 to 20 cm, coupled with winds of 80 km/h, the National Weather Service said.

Treacherous conditions forced the closure of eastbound Interstate 70 from east of Denver to the Kansas state line, and Interstate 76 from Denver northeast to the Nebraska state line, the Colorado Department of Transportation said. Officials advised drivers to stay off the roads, with strong winds creating white-out conditions across the region.

Schools and many retailers in the Denver metropolitan area were closed. But grocery stores, already well-stocked ahead of the Thanksgiving holiday, were ready for a deluge of customers.

"So far so good. It doesn't seem to be impacting us much," Phil Vanderlaan, a cashier at a Safeway store in Denver, said by phone. "Probably later throughout the day it might."

A stronger storm was expected to hit Northern California and Oregon by Tuesday night, the weather service said, which may drop 30 to 90 cm of snow across mountainous areas. 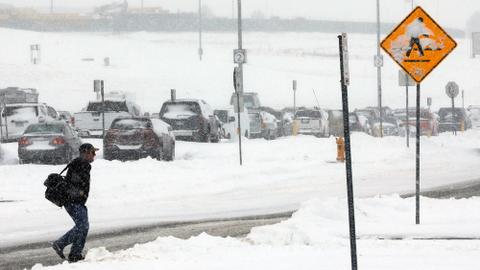 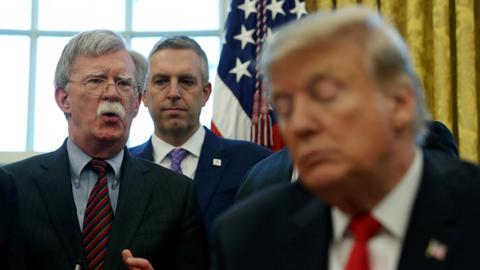