President Trump orders end to Hong Kong's special status under US law to punish China for what he called "oppressive actions" against former British colony.

US President Donald Trump has ended trade preferences for Hong Kong and signed into law an act that authorises sanctions on banks over China's clampdown in the semi-autonomous city amid tensions between Washington and Beijing.

In a news conference on Tuesday driven by criticism of his domestic rivals, Trump declared himself to be tougher than ever on China including over its treatment of the financial capital.

"Hong Kong will now be treated the same as mainland China, no special privileges, no special economic treatment, and no export of sensitive technologies," Trump said in the White House Rose Garden.

"And with it goes Hong Kong, in my opinion, because it will no longer be able to compete with free markets. A lot of people will be leaving Hong Kong."

Trump also said he signed the Hong Kong Autonomy Act, which previously passed Congress and mandates sanctions on entities that violate China's obligations under the treaty which passed the semi-autonomous territory from British control to China.

It further mandates the administration to impose sanctions on banks that do business with any individual who is designated under the act.

Lawmakers hope the new law will force all but provincial Chinese banks to choose between abetting Beijing's efforts in Hong Kong, and being able to conduct transactions in US dollars and operate in the world's largest economy.

China's new law in Hong Kong criminalises subversion among other offenses, sending a chill through the city that was promised autonomy before Britain handed it back in 1997.

Activists fear the new security law will be used by Beijing to quash dissent in the territory.

A 23-year-old man in Hong Kong was booked for terrorism and secessionist activities on July 3, becoming the first person charged under the new security law.

Since last year, it has been mired in protests sparked by a move to legalise the extradition of people to mainland China. 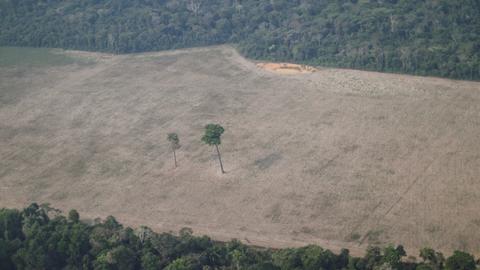