A gunman stormed a Pittsburgh synagogue during Saturday service and shot worshippers, killing at least 11 and wounding six before he was arrested.

Donald Trump on Tuesday visited the Pittsburgh synagogue where 11 people were gunned down at the weekend in an anti-Semitic attack, as more than 1,000 protesters gathered nearby to make it clear the US president was unwelcome.

Carrying signs that read "President Hate, Leave Our State!" and "Trump, Renounce White Nationalism Now," the protesters gathered near the Tree of Life synagogue where the carnage unfolded on Saturday.

Trump - accompanied by his wife Melania, as well as his daughter Ivanka and her husband Jared Kushner, who are Jewish - was to light a candle for each of the 11 victims, killed during Shabbat services.

The controversial visit came after mourners crowded into nearby synagogues and joined street processions at the first funerals for some of the victims of the deadliest anti-Semitic attack in modern US history.

The president's trip to Pennsylvania came amid a mounting row over whether his fierce rhetoric at campaign rallies and on Twitter has helped stoke extremism ahead of next week's midterm elections.

Suspect Robert Bowers is facing more than two dozen charges related to the bloodshed at the Tree of Life, which is located in the city's traditionally Jewish Squirrel Hill neighbourhood.

The 46-six-year-old reportedly told police after his capture, "I just want to kill Jews," having claimed on social media that Jews were helping transport caravans of refugees from Central America into the United States, calling the migrants "invaders." 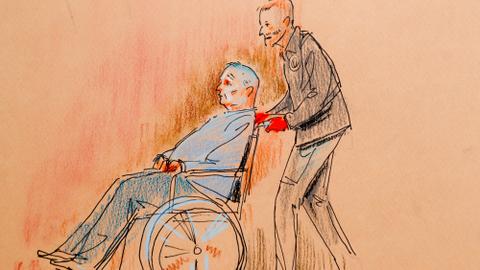 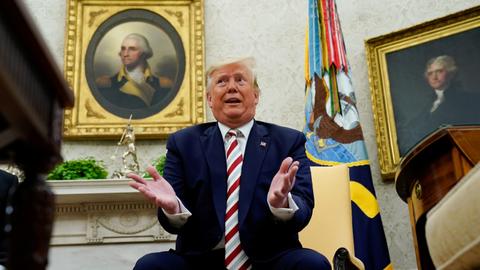