Business executives break ties with Trump a day after he blamed white nationalists and counter-protesters in equal measure for weekend clashes that left one woman dead. Officials worry if General John Kelly could not discipline Trump, no one can.

US President Donald Trump’s turnabout on the violence in Charlottesville, Virginia has rocked his administration, leading to rising speculation that some top officials may be looking for a way out, including the top White House economic adviser.

The US president is appearing increasingly isolated.

Business executives broke ties with Trump on Wednesday, a day after he blamed white nationalists and counter-protesters in equal measure for the weekend clashes that left one woman dead.

A parade of prominent Republicans and US ally Britain also rebuked Trump.

The mayor of Phoenix asked Trump to delay a rally planned for next Tuesday, an appeal the president appeared to reject.

A memorial service was held on Wednesday in Charlottesville for 32-year-old Heather Heyer, killed when a car plowed into anti-racism protesters. A 20-year-old Ohio man said to have harbored Nazi sympathies has been charged with murder.

TRT World's Tetiana Anderson has the latest on the fallout.

Trump, a real estate magnate who had never before held public office, was elected president in November touting his experience in the business world and ability to strike deals. But some of the Republican president’s actions and words have alienated many corporate leaders.

Both of the councils were moving to disband on their own when Trump made his announcement on Twitter.

Rather than putting pressure on the businesspeople of the Manufacturing Council & Strategy & Policy Forum, I am ending both. Thank you all!

The Strategic and Policy Forum was headed by Blackstone Group CEO Stephen Schwarzman, a close ally of Trump in the business world. Schwarzman organised a call on Wednesday for member executives to voice concerns after Trump’s comments, and an overwhelming majority backed disbanding the council, two sources said.

Schwarzman then called Trump to tell him about the decision to disband.

“Racism and murder are unequivocally reprehensible and not morally equivalent to anything else that happened in Charlottesville,” Morrison said.

The Strategic and Policy Forum was intended to advise Trump on how government policy impacts economic growth, job creation and productivity. The manufacturing council was designed to promote US job growth.

The president needs the support of fellow Republicans as he tries to push his policy agenda, including tax cuts, through a Congress that is controlled by the Republicans.

Phoenix Mayor Greg Stanton, a Democrat, said Trump would “enflame emotions and further divide our nation” if he used next week’s rally to pardon Joe Arpaio, a former Arizona sheriff who was found guilty last month of criminal contempt of court. Arpaio gained a national profile due to his harsh treatment of inmates and outspoken opposition to illegal immigration.

Gary Cohn, NEC chair -- who is Jewish -- was 'disgusted' and "upset" by Trump's comments on white nationalists, per 3 ppl with knowledge

Attrition at the White House

Now, frustrated aides could be next. Trump’s remarks have left some wondering if sticking by the president comes at too high a cost to their reputations.

“A lot of us joined this administration thinking we could bring to it the experience and expertise that the president didn’t have an opportunity to gain in his business career, and to encourage some restraint in what he says publicly and to our allies,” said one senior official who is contemplating whether to resign.

“After yesterday, it’s clear that there is no way for anyone – even a Marine general – to restrain his (Trump’s) impulses or counter what he sees on TV and reads on the web.”

It was hoped that retired General John Kelly, Trump’s new chief of staff, could impose some form of discipline on Trump that his predecessor, Reince Priebus, could not.

But Kelly stood with his eyes fixed on the floor when Trump accused the protesters, who rallied against neo-Nazi and white supremacist groups in Charlottesville, of being “very, very violent.”

Gary Cohn, Trump’s top White House economic adviser and a key liaison to the US business community, might resign in protest as well.

Cohn, who is Jewish, was upset by Trump’s remarks, though he is remaining with the administration for now, sources said.

Cohn, along with Treasury Secretary Steven Mnuchin and Transportation Secretary Elaine Chao, stood by Trump during his remarks at Trump Tower on Tuesday. Cohn in particular looked self-conscious and uncomfortable.

“He just did not want to be in that position ... and he was not good at hiding his body language for that,” said a former administration official who knows Cohn.

Cohn has served as a point man on top White House priorities such as tax reform and rebuilding the nation’s infrastructure, but both of those efforts have been muddled by Trump’s increasingly combative relationship with Congress, one that was strained even further by his comments on Charlottesville.

Cowan and Company, a financial services firm, said on Wednesday that the departure of the pragmatic and business-friendly Cohn could adversely affect markets.

“For us, the biggest question is what is the tipping point that would cause National Economic Council Director Gary Cohn to quit?” the firm wrote. 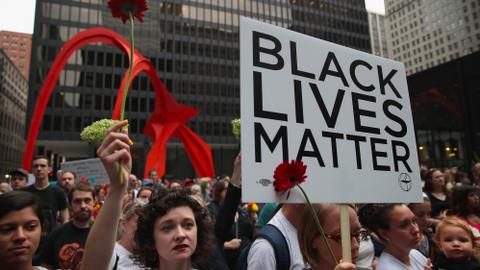