President Donald Trump recently appointed Elliott Abrams, a veteran diplomat, as the United States Envoy to Venezuela. But with some controversial decisions in his past, is Abrams the right man for the job?

US Secretary of State Mike Pompeo welcomed former US diplomat Elliott Abrams back to the State Department after 30 years in late January. Abrams is the new Venezuela envoy for the United States, and he is no stranger to Latin America.

“Elliott will have responsibility for all things related to our efforts to restore democracy in Venezuela,” Pompeo said. “Elliott’s passions for the rights and liberties of all peoples makes him a perfect fit and a valuable and timely addition.”

Speaking to the press, Abrams said he was very enthusiastic about his new position: “This crisis in Venezuela is deep and difficult and dangerous and I can’t wait to get to work on it.”

In Venezuela, opposition leader Juan Guaido has declared himself interim president with US backing. President Nicolas Maduro, however, has declined to step down citing the support of large swathes of the Venezuelan population which saw him win the presidential elections held in May last year, boycotted by the opposition.

The US and many Western nations have recognised Guaido as the president, while Turkey, Russia, China, Mexico, and Cuba continue to support Maduro.

Who is Elliott Abrams?

Abrams is a neoconservative Republican diplomat who has previously served under both the Reagan and George W. Bush administrations.

Abrams was convicted in 1991 for two misdemeanor counts of withholding information from Congress about the Iran-Contra affair.

Congress had banned the funding of paramilitary allies, the Contras, in Nicaragua by the US administration, during the Reagan presidency. As a workaround, the White House decided to fund the Contras from secret weapons sales to Iran. Abrams was later pardoned by the Republican president George H.W. Bush.

Abrams is also a controversial figure for his involvement in a mass killing in December 1981 in El Salvador. The killing of 1,000 men, women and children in El Mozote was carried out by US-trained and -armed military units, but Abrams told the Senate that the numbers of the dead were inflated and commended the military units behind the killings during the hearings.

The appointment of Abrams as US Envoy to Venezuela suggests an increased influence of neo-conservative politics over the Trump administration. Already there is John Bolton, the hawkish US National Security Advisor, who has gone on the record against the Maduro administration.

Bolton, in a speech in Miami the day before the US midterms, said: “The Troika of Tyranny in this Hemisphere – Cuba, Venezuela and Nicaragua – has finally met its match.” His coinage is not unlike George W. Bush’s “Axis of Evil”, whose administration he was previously a part of, adapted for the Americas.

Elliott and Bolton are indicative of the neocon movement that doesn’t see any problem with solving a political issue with brute force. The neocon movement interfered in Latin America in the 1980s, and in the Middle East in the 1990s, especially with the 2003 Iraq War. There is a possibility of a clash with Iran, with whom the US has broken its nuclear agreement, signed during the Obama presidency.

The willingness to use force (and the history of having used force) by neocons is alarming for Venezuelans who have already suffered from sanctions economically. They are now facing possible military action from the US to oust Maduro.

Abrams told reporters on January 30, 2019, that his guilty plea in 1991 and subsequent pardon in 1992 regarding the Iran-Contra affair should have no bearing on his current position as special envoy to Venezuela.

Abrams had a day earlier said that the US “tried to carve out sanctions in a way that would hurt the Maduro regime rather than the people of Venezuela”. 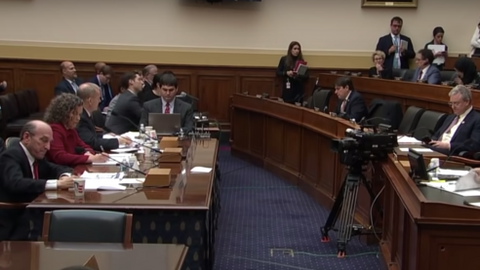 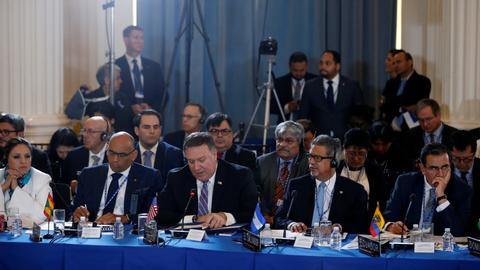 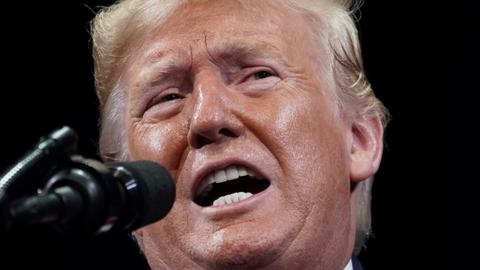