Human rights advocates have been up in arms over Abrams' appointment to the post because of his checkered past in Latin America.

Abrams, who served in foreign policy posts under former presidents Ronald Reagan and George W Bush, appeared before the committee to answer questions from members of Congress on US policy toward Venezuela amid the ongoing crisis there. He was appointed after opposition leader Juan Guaido declared himself acting president on January 23, a move supported by the US and many European and Latin American countries.

Human rights advocates have been up in arms over Abrams' appointment to the post because of his checkered past.

Abrams was convicted in 1991 of withholding information from Congress during the Iran-Contra scandal, in which US officials secretly facilitated the sale of arms to Iran and funnelled the money to rebels fighting Nicaragua's leftist government.

He was pardoned by President George HW Bush.

“I fail to understand why members of this committee or the American people should find any testimony that you give today to be truthful,” Omar said, referring to his conviction.

“That was not a question,” Omar said, cutting him off.

Omar then discussed US support for anti-communists in Central America during the Cold War and cited Abrams' initial dismissal of reports of the 1981 El Mozote massacre in El Salvador as left-wing propaganda.

During that time, Abrams also came under heavy fire for ignoring reports about US-funded death squads that massacred thousands in El Salvador.

"Would you support an armed faction within Venezuela that engages in war crimes, crimes against humanity or genocide if you believe they serve the US interests as you did in Guatemala, El Salvador or Nicaragua?" Omar asked.

“From the day that President Duarte was elected in a free election to this day, El Salvador has been a democracy,” Abrams said. “That’s a fabulous achievement.”

Omar responded: “Yes or no: Do you think that massacre was a fabulous achievement that happened under our watch?”

“That’s a ridiculous question, and I will not respond to it,” Abrams said, visibly agitated.

The Democratic chairman of the House of Representatives Foreign Affairs Committee, Eliot Engel, expressed concern about Trump's hints that military action was an option in Venezuela, where President Nicolas Maduro is under intense international pressure to step aside and the country's economy is in chaos.

The head of Venezuela's National Assembly, Juan Guaido, invoked a constitutional provision to assume the presidency three weeks ago, arguing that Maduro's re-election last year was a sham.

Most Western countries, including the United States, have recognised Guaido as Venezuela's legitimate head of state, but Maduro's socialist government retains the backing of Russia and China, as well as control of state institutions including the military.

Under US law, Congress, not the president, must approve foreign military action. 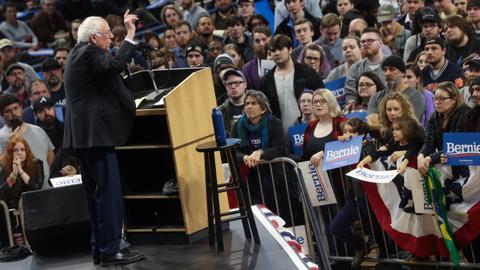 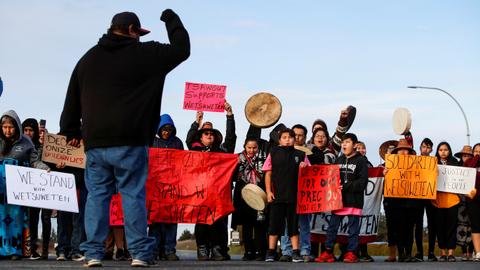