US President Trump says good chance US will reach immigration deal with Mexico but adds "if we are unable to make the deal, Mexico will begin paying tariffs at the 5 percent level on Monday."

The US President Donald Trump said on Friday that there is a "good chance" that a deal can be reached with Mexico on controlling migrants to avert the imposition of trade tariffs.

But Trump warned that if an agreement cannot be reached in crunch talks between US and Mexican officials in Washington, that the five-percent tariffs will go into place on Monday – a move which could clobber Mexico's economy.

"If we are able to make the deal with Mexico, & there is a good chance that we will, they will begin purchasing Farm & Agricultural products at very high levels, starting immediately," Trump tweeted.

"If we are unable to make the deal, Mexico will begin paying Tariffs at the 5% level on Monday!," he said.

Trump made the Twitter comments from Air Force One as it was returning from Europe to Washington, where Mexican Foreign Minister Marcelo Ebrard was meeting with US officials at the State Department for the third day to discuss US demands for a crackdown on Central American migrants crossing into the US from Mexico.

White House official Marc Short signalled that they were poised to issue a legal notification on Friday for the tariffs to go ahead on Monday.

However, said Short, Vice President Mike Pence's chief of staff, "I think there is the ability, if negotiations continue to go well, that the president can turn that off at some point over the weekend."

The Trump administration has demanded Mexico take tough action to halt the flow of hundreds of thousands of Central American migrants towards the United States, insisting it lock down its border with Guatemala to the south and agree to let asylum seekers register their claims inside Mexico.

Last week Trump announced that, starting from Monday, June 10, a five percent tariff would be applied to all goods from export-dependent Mexico, rising by five percentage points each month to a high of 25 percent, until US demands on migrant controls were satisfied.

The move takes direct aim at Mexico's economy, which is heavily dependent on trade with the United States.

The United States imports about $350 billion each year in goods from Mexico including $128 billion in automobiles, auto parts and engines, and $26 billion in agricultural products and processed foods.

Mexico has scrambled to appease Washington, agreeing on Thursday to deploy 6,000 National Guard troops to its southern border, blocking a new migrant caravan and freezing the bank accounts of suspected human traffickers.

"We're going to have a national guard nationwide, so it should help accompany the return of migrants to their home countries," Mexican President Andres Manuel Lopez Obrador said earlier Friday.

"I'm optimistic that we can reach a deal," he said.

But he made no comment about the central US demand, that Mexico allow migrants seeking asylum in the United States to apply instead in Mexico, presumably to wait there while their applications are process.

Earlier this week Ebrard said that was a request Mexico could not accept.

Trump has threatened the tariffs out of frustration with the Mexican government's permitting hundreds of thousands of mostly Central American migrants stream across the country northward to the US border.

In recent months the migrant groups have been dominated by families with children, many fleeing chronic violence and poverty and hoping to request asylum in the United States.

The number of migrants detained or blocked at the border surged to 144,000 in May, triple the level a year earlier.

Most are families from Guatemala, Honduras and El Salvador, who understand that if they cross the border and are detained, they will likely be processed and released into the United States, whether they ask for asylum or not, according to Border Patrol Chief Carla Provost.

"They are told by smugglers, they are hearing announcements in their own country, that if they come right now and bring a child, they will be released," she told CNN on Thursday.

"That is a true statement, because we cannot hold them longer than 20 days if they have a child." 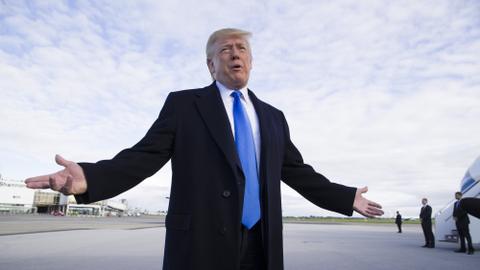 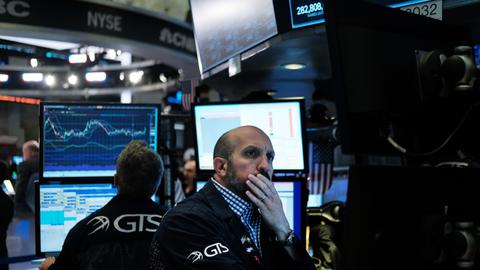