Trump takes shot at Theresa May after retweeting anti-Muslim videos

The US president retweeted videos that were posted by the far-right group British First. They purport to show Muslims committing violence. The retweets were widely condemned.

US President Donald Trump publicly admonished British Prime Minister and ally Theresa May late Wednesday, rebutting her criticism of anti-Muslim propaganda in a diplomatic row between the two leaders.

Plunging headlong into a high-profile spat with one of America's closest international partners, Trump suggested May focus on defending the United Kingdom rather than criticising him.

"@theresa_may, don't focus on me, focus on the destructive Radical Islamic Terrorism that is taking place within the United Kingdom. We are doing just fine!" he tweeted, after an earlier tweet with the same message used the wrong Twitter handle for May.

Trump had drawn fierce condemnation at home and abroad earlier in the day for retweeting three incendiary anti-Muslim videos posted by the deputy head of a British far-right group, Jayda Fransen, who has been convicted of a hate crime.

May said through a spokesperson that Trump was "wrong" to promote the "hateful narratives" of the group, British First.

He has infuriated British authorities with his tweets on terrorism in Britain, including highly publicized run-ins with London's Muslim mayor Sadiq Khan.

Khan on Wednesday described Britain First as "a vile, hate-fuelled organisation whose views should be condemned, not amplified."

Before Trump's latest missive, the White House had scrambled to limit the fallout, saying that even if the anti-Muslim videos were misleading, the president was pointing out a real problem.

"The threat is real, and that's what the president is talking about," said White House spokeswoman Sarah Sanders.

Trump did not offer any explanation for why he retweeted the videos. He offered harsh anti-Muslim rhetoric during his presidential campaign and has sought to ban immigrants from certain Muslim-majority nations.

After Trump retweeted the videos, Fransen quickly responded on Twitter, saying: "DONALD TRUMP HIMSELF HAS RETWEETED THESE VIDEOS AND HAS AROUND 44 MILLION FOLLOWERS! GOD BLESS YOU TRUMP! GOD BLESS AMERICA!"

Fransen has been charged with causing religiously aggravated harassment over leaflets and videos that were distributed during a criminal trial earlier this year. She has separately been charged with using "threatening, abusive or insulting words or behavior" over a speech she made in Northern Ireland in August. She is currently on bail.

She was convicted last year of religiously aggravated harassment and fined after hurling abuse at a Muslim woman wearing a hijab.

Trump's decision to re-tweet the videos prompted criticism from both sides of the Atlantic, with some British lawmakers demanding an apology and US Muslim groups saying it was incendiary and reckless.

Trump's retweets were also condemned by Brendan Cox, whose lawmaker wife Jo Cox was murdered last year by an attacker with far-right views.

Cox tweeted, "Trump has legitimised the far right in his own country, now he's trying to do it in ours. Spreading hatred has consequences & the President should be ashamed of himself."

Trump's tweets were also condemned by TV host Piers Morgan, who tweeted, "Good morning, Mr President @realDonaldTrump – what the hell are you doing retweeting a bunch of unverified videos by Britain First, a bunch of disgustingly racist far-right extremists?

Jeremy Corbyn, leader of Britains main opposition party, the Labour Party, described Trump's tweets as "abhorrent, dangerous and a threat to our society".

US civil rights and Islamic organisations said the posts amounted to an incitement to violence against US Muslims.

"These are actions one would expect to see on virulent anti-Muslim hate sites, not on the Twitter feed of the president of the United States," Nihad Awad, National Executive Director of the Council on American-Islamic Relations, the largest U.S. Muslim civil rights organisation, said in a statement. 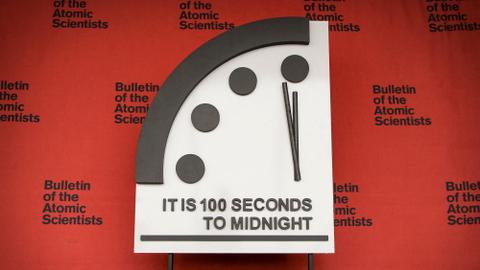