US contractor pleads guilty to leaking secrets to Iran-backed Hezbollah

A former US military translator has pleaded guilty of leaking classified information to a Lebanese citizen who she believed would pass on the information to the country's Hezbollah movement, US Justice Department said.

Mariam Taha Thompson, 63, who worked as a contract linguist for the US military for 14 years, pleaded guilty on Friday to one count of delivering sensitive information "to aid a foreign government."

US officials said the information that she leaked also pertained to human assets who had helped US assasinate top Iranian general Qassem Soleimani in Iraq last year.

Her sentencing is scheduled for June in which she faces a maximum penalty of life in prison.

'Betrayal of country and colleagues'

"Thompson jeopardised the lives of members of the US military, as well as other individuals supporting the United States in a combat zone when she passed classified information to a person she knew, was connected to Lebanese Hizballah, a foreign terrorist organisation which intended to use the information to hurt this country," said assistant attorney general John C Demers for the Justice Department's National Security Division.

"To describe this conduct is to condemn it. She will now be held to account for this disgraceful personal and professional betrayal of country and colleagues," Demers said.

Born in Lebanon, Thompson became an American citizen in 1993.

Thompson began communicating with the man, whom she never met in person, in 2017 after being connected via social media by a family member, and she ultimately developed a romantic interest in him, prosecutors said.

She was arrested last February at a US special operations base in Erbil, Iraq.

US prosecutors believe she gave classified information and the names of US intelligence assets to the Lebanese citizen whom she had a romantic interest in and whom she believed would share the information with Hezbollah.

US designated Hezbollah as a "foreign terrorist organisation" in 1997.

According to court documents, the unnamed Lebanese national, described as "wealthy and well-connected," claimed to have received a ring from Hezbollah chief Hassan Nasrallah and had a nephew who worked in the Lebanese Ministry of Interior.

Following the US killing of Soleimani, the Justice Department said, the unindicted co-conspirator started asking Thompson to provide "them" with information about the human assets who had helped the US to target Soleimani.

"Thompson admitted that she understood 'them' to be Lebanese Hezbollah, including an unnamed high-ranking military commander."

After receiving this request for information in early January 2020, Thompson began accessing dozens of files concerning human intelligence sources, including true names, personal identification data, background information and photographs of the human assets, as well as operational cables detailing information the assets provided to the US government, the Justice Department said.

It said that Thompson used several techniques to pass this information on to the unnamed Lebanese national, "who told her that his contacts were pleased with the information, and that the Hezbollah military commander wanted to meet Thompson when she came to Lebanon."

When she was arrested by the FBI on February 27, 2020, Thompson had shared with her co-conspirator with the identities of at least 10 clandestine human assets; at least 20 US targets; and multiple tactics, techniques and procedures, investigators said.

"Thompson intended and had reason to believe that this classified national defence information would be used to the injury of the US and to the advantage of Lebanese Hezbollah," they said. 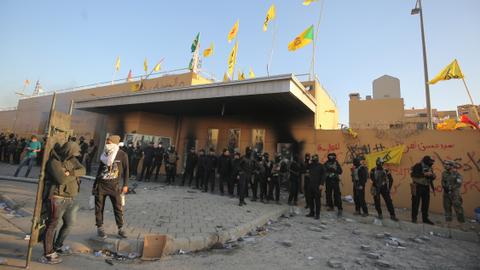 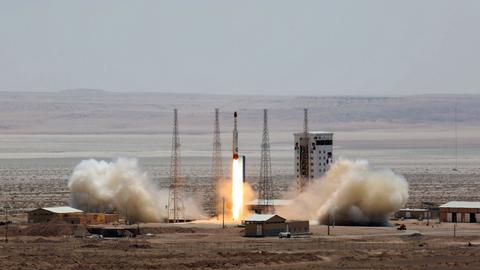