Answering his first questions from reporters since the election, the president moved closer to accepting that he would serve only one term in office before Biden is inaugurated on January 20.

US President Donald Trump has said he will leave the White House if the Electoral College votes for Democratic President-elect Joe Biden.

In the nearest he has come to a concession, Republican Trump said if Biden is certified the election winner by the Electoral College he will depart the White House. Biden is due to be inaugurated on January 20.

The Electoral College is due to meet on December 14.

Trump made the comments at the White House after speaking to US troops during the traditional Thanksgiving Day address to US service members.

Biden won the November 3 presidential election with 306 Electoral College votes – many more than the 270 required – to Trump's 232. Biden also leads Trump by more than 6 million in the popular vote tally.

Trump has so far refused to concede the election and continues to claim without evidence that the election was marred by widespread fraud, and that he and not Biden won it.

Trump renewed baseless claims that “massive fraud” and crooked officials in battleground states led to his election defeat, and said he'll go to Georgia to rally supporters ahead of two Senate runoff elections.

“This has a long way to go,” Trump said on Thanksgiving evening, despite the fact that Biden won the election. “This election was a fraud. It was a rigged election.”

Trump denounced officials in Georgia and Pennsylvania, two key swing states that helped give Biden the win, as “enemies of the state” and claimed they were culprits in vote fraud.

During the press call, he described the US voting infrastructure as "like a third-world country."

State officials and international observers have repeatedly said no evidence of mass fraud exists and Trump's campaign has repeatedly failed in court.

Trump said he would hold a rally with thousands of supporters in Georgia to support a pair of Republican candidates – Senator David Perdue and Senator Kelly Loeffler – whose runoff elections on January 5 will determine which party controls the Senate. 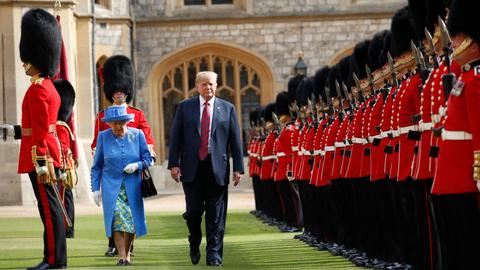