Last year, around 30 thousand Venezuelans petitioned for asylum in the US fleeing hyperinflation and food and medical shortages.

Venezuelans fleeing the deteriorating economic and security crisis at home, are facing a struggle to rebuild their lives abroad.

Last year, around 30 thousand petitioned for asylum in the US, nearly a 90 percent increase from 2016.

Over the last three years, more than 1.5 million Venezuelans have left the country, fleeing hyperinflation and food as well as medical shortages. Some are dying in poverty, and a long way from home.

The Venezuelan government claims most people who have left regret the decision and it's urging people to return. 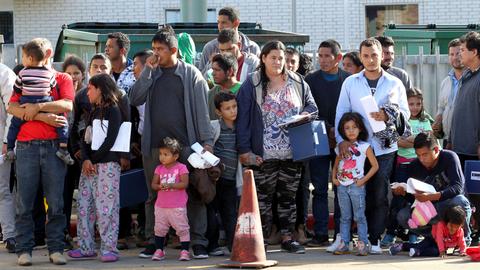 A review of the plight of Central American immigrants for 2018