Nine Americans wounded in a Hamas suicide bombing in Israel in 1997 were demanding the seizure of the antiquities as compensation for Iran's backing of the Palestinian group.

The US Supreme Court on Wednesday rejected a claim by US citizens wounded in a suicide bombing in Israel in 1997. They were demanding the seizure of Iranian antiquities held in a Chicago museum as compensation.

The judges, in an 8-0 ruling, put an end to a long-running legal battle by nine Americans who wanted Iran to pay compensation for its backing of the Palestinian group Hamas, which claimed responsibility for the bomb attack that wounded them.

The decision confirmed an earlier appeals court ruling that the thousands of 2,500-year-old clay tablets on long-term loan to the University of Chicago's Oriental Institute could not be seized, because Iran was not using them for commercial purposes.

The plaintiffs had successfully sued Iran for $71.5 million in a US federal court, but the Islamic Republic has few assets frozen in the US, so the Americans had turned to the tablets from the ancient Persian capital of Persepolis as a potential source of compensation.

The university and museum had feared losing their prized collection of artefacts if the judgement had gone against them.

The sensitive case reflected the difficulty victims have in obtaining compensation from sovereign states deemed as supporters of terrorism by Washington. 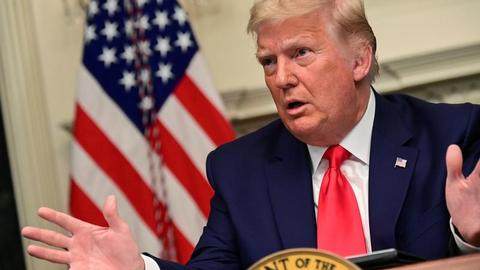