Larry Nassar continued to abuse dozens of girls over the 14 months of silence after concerns were first raised to the US Olympic Committee in July 2015.

The US Olympic Committee fired chief of sport performance Alan Ashley in the wake of an independent report released on Monday that said neither he nor former CEO Scott Blackmun elevated concerns about the Larry Nassar sexual abuse allegations when they were first reported to them.

The 233-page independent report detailed an overall lack of response when the USOC leaders first heard about the Nassar allegations from the then-president of USA Gymnastics, Steve Penny.

Blackmun resigned in February because of health concerns.

The report says the USOC took no action between first hearing of the allegations in July 2015 and September 2016, when the Indianapolis Star published an account of Nassar's sex abuse. The report concludes that lack of action allowed Nassar to abuse dozens more girls over the 14 months of silence.

Nassar is serving decades in prison on charges of child pornography and for molesting young women and girls under the guise of medical treatment; many of his accusers testified in heart-wrenching detail at his sentencing hearing.

Though Ashley was the only one to get fired in the immediate aftermath of its release, the report paints a harsh picture of leadership of the entire US Olympic movement, from the offices of the USOC to what it portrays as an essentially rogue, unchecked operation at the Karolyi Ranch in Texas — the training center run by Bela and Martha Karolyi where some of the abuse occurred.

The report concludes that one of Penny's key objectives was to keep the allegations under wraps, to avoid "sending shockwaves through the community," as he said in a conversation with an FBI agent.

Meanwhile, Penny is portrayed as repeatedly trying to get the FBI to investigate Nassar, but the report concludes "the investigation appears to have languished ... for over seven months" in the FBI's Detroit office. USAG took the allegations to the FBI's Los Angeles office, but not until the newspaper report came out did that office take action.

The report says Penny notified Blackmun and Ashley that Nassar had retired in September 2015, but that both leaders had deleted the email, which referenced Nassar by name.

The report details the USOC's relationships with the sports organisations it oversees as too deferential and not involved enough in policymaking to ensure athlete safety.

"In this governance model, the USOC exerted its broad statutory authority and monetary influence over individual sports primarily for the purpose of encouraging success at the Olympic Games, effectively outsourcing any decisions regarding on-the-ground child-protective practices to the NGBs," the report states. 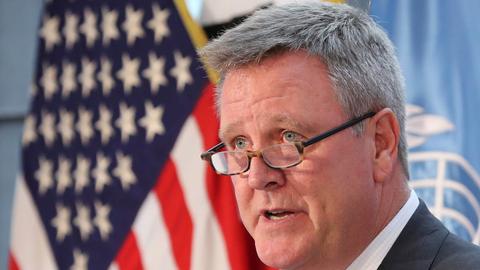 US Olympic Committee Chief steps down amid sexual abuse scandal