Anti-government protests break out across Venezuela's capital. The country is suffering the worst political and economic crises in modern times.

A war of words between Venezuela and US has escalated hours before planned protests on Wednesday by both the opposition and government supporters.

President Nicolas Maduro has ordered a revision of diplomatic ties with Washington after US Vice President Mike Pence declared his support for anti-government protesters.

Maduro was responding to comments made earlier by Pence, who gave his support to Venezuela's opposition and called Maduro a "dictator with no legitimate claim to power."

Earlier on Tuesday, protesters took to the streets in at least 30 different parts of Caracas on Tuesday, just 24 hours ahead of an opposition-called mass street demonstration against Venezuela President Nicolas Maduro, a non-governmental organisation that monitors social conflict said.

Most of the protests took place in socially disadvantaged areas and some involved the blocking of streets and burning of garbage, the Social Conflict Observatory said.

Police used tear gas to disperse some of the crowds, including in the northern Cotiza neighbourhood where a group of soldiers rose up against Maduro on Monday and took over a command post, before they were surrounded by police and military units, with 27 people arrested.

There were also clashes between protesters and the forces of order in the nearby Los Mecedores neighbourhood, where the smell of pepper spray filled the air on Tuesday morning.

"Maduro out! That's what the people were shouting. It was awful," 60-year-old Dinora de Longa said.

"The police were shooting and there was tear gas everywhere. I had to put my grandchildren in the bathroom. This won't solve anything."

One protest, in which people pelted cars with stones, took place on the motorway linking Caracas to the neighbouring port of La Guaira, where the capital's airport is located.

It was a small taste of what may come on Wednesday when protesters are set to rally against Maduro, whom the opposition has branded a "usurper," and in favour of a transitional government leading to elections.

Venezuela's vice president has accused her US counterpart of "openly calling for a coup d'etat" ahead of Wednesday's mass street protest.

"Yankee go home! We won't let them interfere in the affairs of the homeland," Delcy Rodriguez said in televised remarks.

Her comments came in reaction to Pence's video on Twitter in which he branded Maduro "a dictator with no legitimate claim to power."

As the good people of Venezuela make your voices heard tomorrow, on behalf of the American people, we say: estamos con ustedes. We are with you. We stand with you, and we will stay with you until Democracy is restored and you reclaim your birthright of Libertad. pic.twitter.com/ThzIAqBoRn

Communications Minister Jorge Rodriguez accused Pence of having ordered "terrorists" to carry out acts of violence during Wednesday's protest after the US vice president's tweet.

The row came 24 hours after the soldiers overtook the command post and published a video on social media calling for the public to come out and support them.

"Some of those who stole the weapons yesterday confessed that they were handed over to civilians belonging to the terrorist cell Popular Will," Rodriguez said in televised statements.

Government officials often describe the party as a terrorist organisation, which Popular Will dismisses as an intimidation tactic against it.

The anti-Maduro movement, led by National Assembly president Juan Guaido, has gained traction since the former bus driver was sworn in for a second term as president on January 10.

Maduro won elections in May that were boycotted by the opposition and dismissed as a fraud by the European Union, United States and Organization of American States.

In 2016, Maduro lost control of the National Assembly, enabling the opposition to challenge his leadership, but the loyalist-dominated Supreme Court stripped the legislature of its powers in 2017.

The National Assembly has been powerless since then but Guaido, who became president of the body earlier this month, has risen to the challenge of taking on Maduro's power.

Wednesday's protest date of January 23 is significant because it marks 61 years since the fall of Marcos Perez Jimenez's dictatorship.

The regime has responded by announcing its own demonstration in support of Maduro.

It will be the first major street movement since 125 people were killed during civil unrest between April and July 2017.

Venezuela is suffering the worst economic crisis in its modern history with poverty rising and the country gripped by four years of recession.

Basic necessities such as food and medicine have been in short supply, while spiralling inflation — predicted to reach a mind-boggling 10 million percent this year — has crippled the currency.

The crisis was sparked by a fall in the global oil price in 2014, a commodity Venezuela is almost entirely reliant upon.

It's crude production has dropped to barely a third of its level a decade ago. 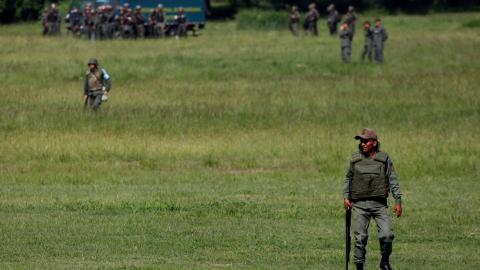 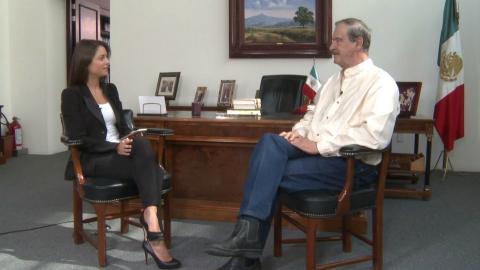 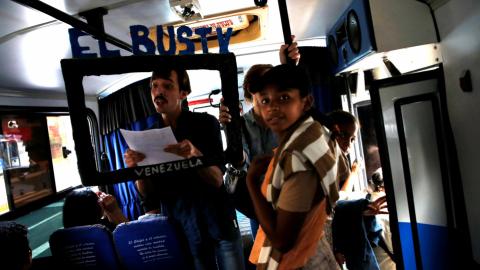