The amount of the deal is not known, but it is likely to have added millions of dollars to the worth of the folk and rock legend who once wrote “money doesn’t talk, it swears.” The Financial Times said the deal amount could be nine figures.

Bob Dylan’s entire catalog of songs, which reaches back 60 years and is among the most prized next to that of the Beatles, is being acquired by Universal Music Publishing Group.

The deal covers 600 song copyrights including “Blowin’ In The Wind,” “The Times They Are a-Changin’,” “Knockin’ On Heaven’s Door,” and “Tangled Up In Blue," as well as "Make You Feel My Love," which was a huge hit for Adele, and "Things Have Changed," for which he won an Oscar.

“Brilliant and moving, inspiring and beautiful, insightful and provocative, his songs are timeless—whether they were written more than half a century ago or yesterday," Chairman and CEO of Universal Music Group Sir Lucian Grainge said in a prepared statement on Monday.

The transaction's announcement comes a few weeks after the singer-songwriter’s musings about anti-Semitism and unpublished song lyrics sold at auction for a total of $495,000.

UMG declined to say how much the deal was worth but it was likely to have swelled the coffers of the man who once wrote "money doesn't talk, it swears" by many millions of dollars.

The Financial Times said it could be nine figures.

It's with great honor we welcome @BobDylan to the UMPG family.

We look forward to working with Bob & the team in ensuring his artistry continues to reach and inspire generations of fans, recording artists & songwriters around the world.

The US folk and rock legend's songs are also frequently covered by other artists, generating royalties.

Dylan won the Nobel Prize for Literature in 2016 "for having created new poetic expressions within the great American song tradition."

His songs have been recorded more than 6,000 times by hundreds of artists and he has sold more than 125 million records globally.

In recent years, he also a produced his own whiskey, named "Heaven's Door" after one of his best-known songs.

Dylan released his first album of original songs in eight years in June with the 10-track "Rough and Rowdy Ways."

It was the 79-year-old's 39th studio album and came 58 years after the release of his first.

Rolling Stone magazine hailed it as an "absolute classic," calling it one of Dylan's "most timely albums ever."

The first songwriter to win the Nobel Prize in Literature, he was also playing about 100 dates a year on his "Never Ending Tour" until the coronavirus pandemic forced him to cancel his schedule. 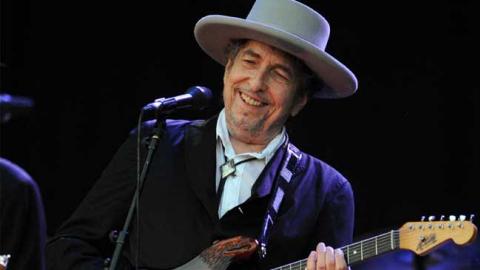 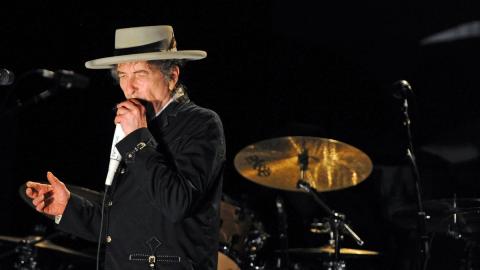