Chicago's ABC7 television reported that the 'Empire' actor Jussie Smollett staged being physically assaulted because he was being written out of the television show. Police say there is no evidence to back that claim.

Chicago police contested media reports on Thursday that officers were investigating whether 'Empire' actor Jussie Smollett staged being physically assaulted because he was being written out of the television show.

Chicago police spokesman Anthony Guglielmi said there was no evidence to support a report by Chicago ABC7 television, which cited sources familiar with the investigation.

"Media reports about the Empire incident being a hoax are unconfirmed by case detectives. Supt Eddie Johnson has contacted @ABC7Chicago to state on the record that we have no evidence to support their reporting and their supposed CPD sources are uninformed and inaccurate," Guglielmi said in a tweet.

Smollett, an openly gay African-American who plays a gay character on the hip-hop drama 'Empire', told police that two men shouted racist and homophobic slurs and put a rope around his neck on January 29.

In an interview with 'Good Morning America' that aired on Thursday, Smollett said he was angry that some people doubted his story, and he suggested the disbelief might come from racial bias.

Twentieth Century Fox Television, the producer of 'Empire' released a statement saying: "The idea that Jussie Smollett has been, or would be, written off of EMPIRE is patently ridiculous. He remains a core player on this very successful series and we continue to stand behind him."

Chicago police are questioning two "persons of interest" whom surveillance cameras showed were in the area where Smollett said he was assaulted Guglielmi said in a tweet on Thursday.

The two men know Smollett from working on 'Empire' and were picked up at Chicago O'Hare International Airport on Wednesday night after returning from Nigeria where they were visiting family, their lawyer told Chicago television station CBS2.

"They do know Jussie, they have worked with him on Empire," attorney Gloria Schmidt said in an interview with CBS2. "They are baffled why they are persons of interest."

Schmidt did not immediately respond to a request for additional comment.

The names of the two men have not been released and police have not found any video footage of the assault, which they say is being investigated as a hate crime.

"They are not considered suspects at this time as they are currently being questioned by detectives," Guglielmi said on Twitter. 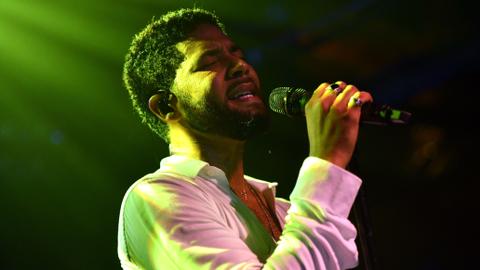 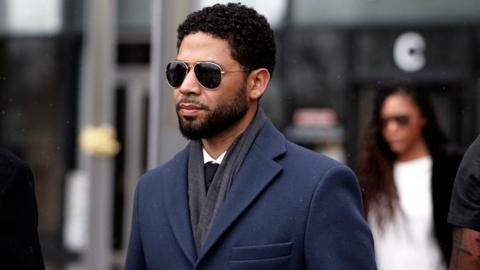