Nusrat Fateh Ali Khan not only rose to unmatched fame in Pakistan and India but also mesmerised music enthusiasts in the West.

Qawwali is Sufi devotional music that dates back more than 700 years.

Coming from a classical music family, the maestro embarked on singing career as a qawwal, and later adopted a wide genre of music in his repertoire including Sufi and hymns.

Khan reached out to Western audiences through his work with English musician Peter Gabriel in 1985 on the soundtrack to The Last Temptation of Christ.

He lent his unmatched vocals to a number of massive Bollywood movie hits and became a household name across India.

Later he mesmerised music enthusiasts with his brilliant contribution to the haunting soundtrack of the 1995 release Dead Man Walking.

The music maestro rolled out as many as 25 qawwali albums.

Khan’s massive hit Dam Mast Qalandar still rules hearts of the millions of his fans in all parts of the world. 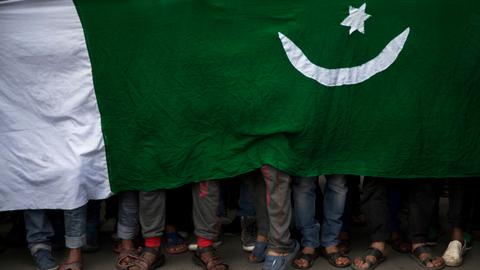